A new video montage from the Washington Free Beacon shows the former Secretary of State and a leading 2016 Democratic candidate for president relying on a handful of stock statements as she appears at campaign stops around the country. 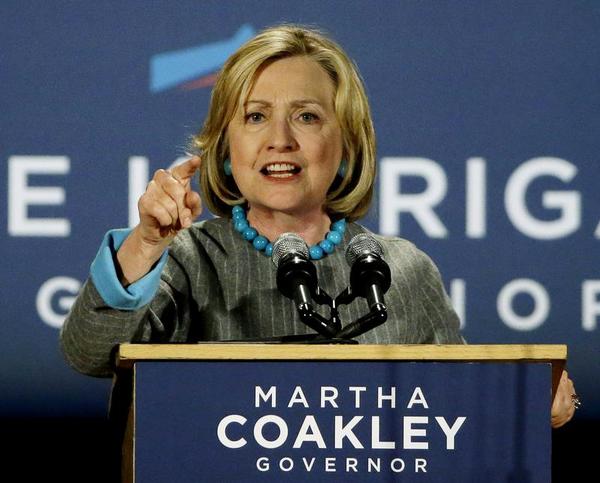 The video exposes what candidates and surrogates on both sides of the aisles are probably doing as they bounce from city to city, state to state and candidate to candidate, trying to inspire voters to get involved in mid term elections.

The super-cut highlights Clinton relying on a few basic points, and then, like touring rock groups, she also knows mentioning the name of the town where you are speaking is a guaranteed “applause line.”

Next [INTERACTIVE] Ebola Outbreak Map And What You Need To Know