“I think there’s going to be a lot more than that in the next couple of years,” Steyn warned, speaking on The Glenn Beck Program. “And his base is generally cool with that and they will manage, as they generally succeed in doing, in blaming it on intransigent Republicans that he can’t work with.”

The author, whose new book “The Undocumented Mark Steyn: Don’t Say You Weren’t Warned” was released last month, said Americans will see a lot more of “King Barack deciding which laws apply and which don’t” before his presidency ends. 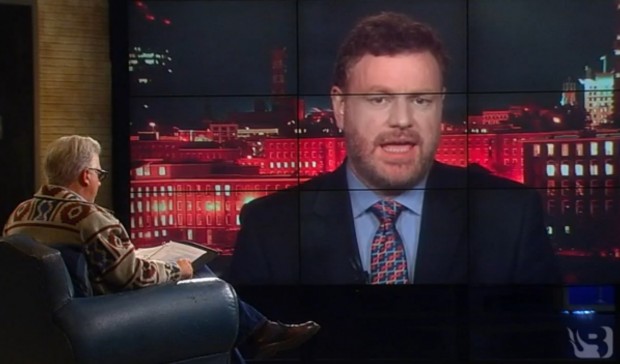 In many ways, Steyn said, America is becoming a society with two very different sets of rules. Some will be drowning in permits and taxes and paperwork, “and then overlaid upon it … will be this alternative America, a lawless America, where people have fake paperwork and nobody minds,” Steyn said. People won’t be legal immigrants, but a blind eye will be turned, he said.

Beck asked Steyn what will happen if the president takes executive action to legalize millions of illegal immigrants.

“I think he’s figured that it’ll be like Obamacare, where people say ‘We’re going to repeal this! … It’s dead, it’s finished, it’s over.’ And then six months, a year goes by and they’re talking about, maybe they’ll try to reform it. Maybe they’ll eliminate the medical appliances tax,” Steyn said. “And suddenly it’s less talk about killing Obamacare and more about living with it. And Obama has figured that you can do an awful lot to this country, and the Republicans will do what they are best at doing, which is playing catch-up and living with it.”

But Steyn said that someone has to stop the out-of-control spending because we are racing towards the “total collapse of the dollar.”

“The minute the dollar collapses, you won’t be able to go to Walmart and live the life you used to live,” he said. “The crash will be brutal and destructive, and it’s why it’s better to fight it now, and it’s why it’s better to insist that instead of Republicans being happy to go off the cliff in third gear, and offering that as an alternative, that they actually try to move people off this fatalism. Because the fatalism is un-American, Glenn.”

Steyn also emphasized the importance of winning the culture.

“Let’s make some feature films. Let’s get a TV studio going. Let’s actually get back in the game of where ideas live,” he said. “Because in a Democratic society, politics reflects the culture. And if you have 50 million people on food stamps and 47 percent not paying federal income tax and all this other stuff, eventually it’s not going to be able to drag a guy with an ‘R’ after his name over the finish line.”

“If you’re not in the storytelling business, you’re going to lose,” Steyn concluded.

Next Have you ever tried to sue the government?