Glenn Beck said Monday that the 2014 midterm elections will usher in the “most dangerous position this republic has been in since the Civil War.”

Beck said he believes the Republicans will win control of the Senate and keep control of the House of Representatives, but that isn’t “necessarily a good thing for the republic” and may be exactly what former Secretary of State Hillary Clinton wants.

“I don’t believe the Republicans represent the republic anymore,” Beck explained on his radio program. “They are progressive and they will do exactly what they want. … This will just be a watered-down version of what the Democrats will want to do.”

But more than that, Beck said Republicans are in a lose-lose position. If they win control of the Senate and the House, Beck said, Clinton will be able to position herself as America’s “middle ground.” 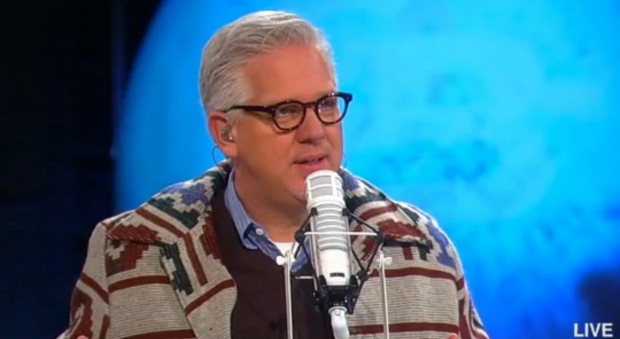 Beck said as the Democrats distance themselves from President Barack Obama, Obama will see “an open highway” to enact everything he can before his term ends.

Beck said Obama “has a phone and a pen and he’s going to use it,” and it will “set the country on fire and split us even deeper.”

“There are those who believe, and I’m one of them, that this actually is the end of the republic as we know it. You just can’t open up the borders. Read [Edward Gibbon], Mr. President. It was the last act before Rome fell. You just can’t open the borders, especially with everything that’s going on. Between the disease that, Mr. President, your policies brought in to this country — the enterovirus that has crippled children, killed children, nobody is willing to talk about it. Look at the stats. That was brought in from people coming across the border and infecting our children. But that’s just the beginning of it.”

Beck said that if President Obama does all he can to open the border, the Republicans will be forced to take a strong stand against the move.

“But it’s a battle between the president, not the Democrats, the president and the GOP,” Beck said. “The Democrats will step back … and they will see which way the wind is blowing.”

Beck said someone like Facebook co-founder Mark Zuckerberg will launch a campaign claiming those opposed to an open border just hate foreigners and “as soon as this shakes out, it will divide the country.”

“And who will be there to say, ‘Look, the GOP is crazy. They’re full of haters. They’re full of racists. Now the president, did he do the right thing? No, I don’t think he did. But there’s a place in between here and we need to start talking about common sense,’” Beck said. “May I introduce you to the next president of the United States, Hillary Rodham Clinton. She will play the middle ground. She will be the great mediator. She will be the one that plays right in the middle.”

“We’re in the most dangerous position this republic has been in since the Civil War,” Beck said. “And it begins on Wednesday. .. The president is unleashed. He no longer has to worry about the Democrats because the Democrats don’t like him and quite frankly, I don’t think he likes them. He certainly is not in bed with the Clintons. … He believes in his principles. I think he believes he’s been wronged the whole time. I believe the president thinks he’s a victim. He’s a victim of me, of Fox News, now it will be the Democrats deserting him.”

“He’s going to do exactly what Woodrow Wilson tried to do, but Woodrow Wilson in the end — remember he was, quote, ‘the lame duck,’” Beck concluded. “This president doesn’t care. This president will sign it through. And the Democrats are smart enough to just stand back. If Harry Reid is still part of the Senate, then these things can’t come true. If Harry Reid is running the Senate, then he’s going to have a harder time getting these things through because the Democrats will get the blame. But as the minute the GOP takes control, the president has a wide open highway. He’ll floor this sucker.”


Previous White House: It Would ‘Not Be Wise’ to Draw Broad Conclusions From Midterm Results

Next A Millennial’s Senate Midterm Prediction