The left is preparing for the worst as Republicans are predicted to expand their majority in the U.S. House of Representatives and take the Senate from Democrats in the midterm elections on Tuesday.

The most competitive Senate races, according to the HuffPost pollster model, are in Iowa, Kansas, Colorado, North Carolina and New Hampshire, among others. 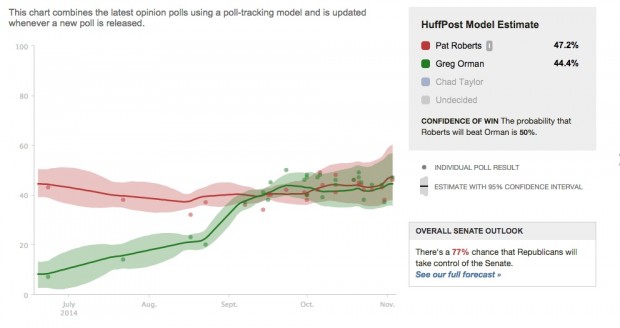 
Republican Joni Ernst leads Democrat Bruce Braley 46.5 percent to 44.6 percent in the closely-watched Senate race in Iowa, according to the site’s estimate. 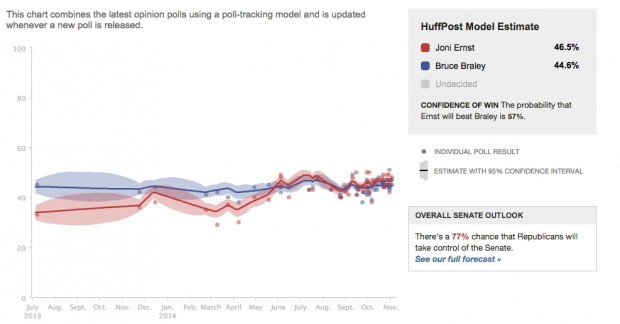 HuffPost’s pollster data is interactive and updated as new polls come in. Review all the data here.