Former Charlotte mayor and convicted felon Patrick Cannon appeared to cast a ballot Tuesday, putting him in violation of his bond, an official told a local news outlet.

Greg Forrest, who heads Charlotte’s U.S. Probation Office, told the Observer the action might have the 47-year-old Democrat in front of a judge again.

“Let’s cut to the chase: He shouldn’t have done that, and we’re going to talk to him tomorrow,” Forrest told the newspaper. 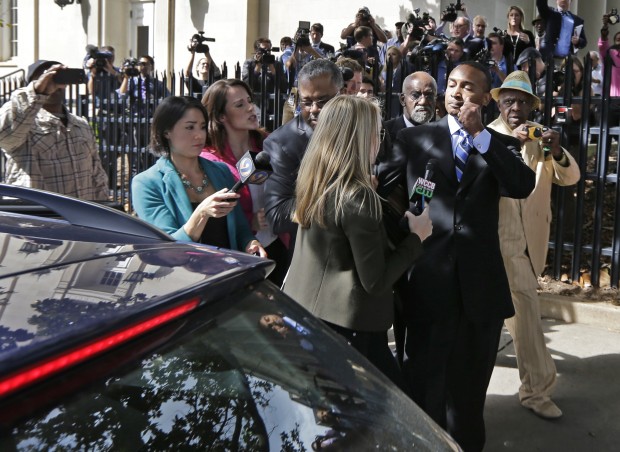 Former Charlotte Mayor Patrick Cannon, right, leaves the federal courthouse in Charlotte, N.C., Tuesday, Oct. 14, 2014 after being sentenced to 44 months in prison. In a deal with prosecutors, Cannon pleaded guilty in June to one count of honest services wire fraud. (AP Photo/Chuck Burton)

Earlier this month, Cannon was sentenced to 44 months in prison after he pleaded guilty to accepting more than $50,000 in bribes from undercover FBI agents. Whitney allowed the former mayor to remain free on bond until he is directed to a federal prison, according to the Observer.