Glenn Beck said Tuesday that there are “millions of reasons” to vote in the midterm elections, and many of them haven’t been born yet.

“There is the size of government. Who are we really?” Beck said on his radio program. “The right to life. The national debt. … We have religious freedoms that are at stake. Make no mistake, they’re at stake. Look at what was happening in Houston. They were demanding that the pulpits turn over their sermons. The policies and laws that our leaders enact will affect you and me, and the children yet to be born.”

Beck said voting is “the most solemn trust in all of human society,” and asked how many recognize that.

“How many of us realize we’re answering to God?” Beck added. “These rights come from God, and we are in charge of making sure that they are passed on.” 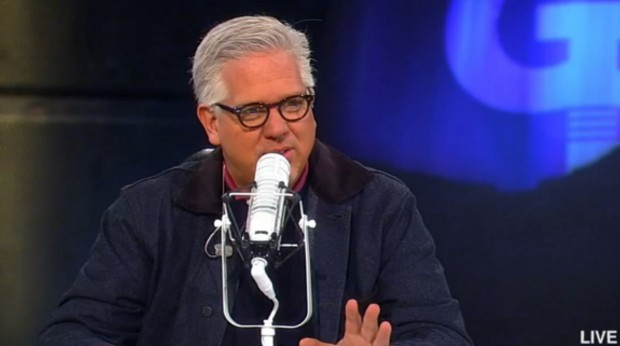 “How many of us today will see somebody … wearing that ‘I voted’ sticker with the little flag, and we’ll think to ourselves, ‘Oh, I’ve got to do that!’” Beck asked. “And then at the last moment of the day we’ll get into our cars. … We’ll walk in, and we know that we haven’t really done all of our homework. We know there’s going to be things on that ballot we have no clue.”

Beck said many voters will ask themselves, “Do I vote the lesser of two evils? Do I play the game of politics? Or do I understand that I am now making a choice that I will be held accountable for in the only court that matters?”

Beck said you will be asked by your maker whether you voted on principles and what you knew was true, or whether you were “playing man’s game.”

“I just hope they don’t have the videotape of me standing in the voting booth after reading one of the proposals three or four times going, ‘I don’t even know what this means,’” Beck added. “I hope that’s not going to be shown to me for all eternity.”

Beck received a call from a woman who said she was confused, because yesterday Beck outlined how a GOP victory in the midterms could be exactly what presumed 2016 presidential candidate Hillary Clinton wants.

“Yesterday I heard, ‘If the Republicans win, Obama and Hillary are just going to love it,’” the caller remarked. “This morning, you’re saying ‘vote.’”

“Hang on just a second. Did I tell you yesterday not to vote?” Beck asked. “Did I tell you today that it would matter to man if you voted today, or that it only mattered in one court?”

Beck said there will be consequences with every decision, but Americans “have to go out and vote.”

“When I say, ‘I don’t know who to vote for, I don’t want to vote, I don’t like any of these guys,’ it doesn’t mean don’t go vote,” Beck said. “It means do your best. Don’t let me or anybody else tell you what to do. Don’t play man’s game. Don’t listen to the philosophies of man. Don’t listen to the schemings of man. … Do what is right because there is only one person that you’re accountable to: God. That’s it. You’re accountable to God.”


Previous What the ‘six-year itch’ has meant for presidents

Next FT. LAUDERDALE POLICE: FEED THE HOMELESS, GO TO JAIL