As the election returns came in on November 4th 2014 one thing was evident—the Second Amendment crushed gun control candidates in Senate and gubernatorial races around the country.

In so doing, the Second Amendment annihilated the left’s relentless claim that 90 percent of Americans support more gun control. 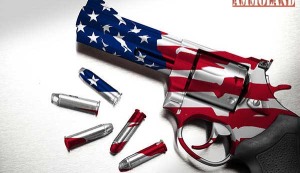 The Second Amendment trumped their endorsement and their money.

On November 3—the day before the elections took place—Breitbart News reminded red state and pro-Second Amendment voters to vote like their guns depended on it. They did. And as result, the Second Amendment won the day, Republicans won the Senate, and gun control took a beating.