What are you doing right now? Yeah, you! Besides reading this post, what are you doing right now? What other windows do you have open on your computer? What television shows are you watching and who have you talked to on the phone, in the last hour, day? Where did you drive to, today? What food did you buy at the grocery store and what medications do you take? Do you order them online, pay for them by credit card phone apps, claim them on your insurance? Would you be doing all that, if you knew you were being watched? If someone else had access to your movements, habits, private moments, would you still do them? That’s a question we all must ask ourselves, as BIG BROTHER has become a reality, and can no longer be dismissed or ignored. 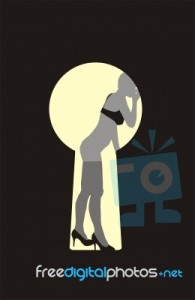 By now, most folks know the NSA has been collecting and storing your cell phone activity, but, as far as we know, they aren’t listening to the content of our calls. Well, the FBI has taken that a step farther, and while there some are questioning, there doesn’t seem to be much outrage over it.

ARS Technia reported the FBI is disregarding a need to obtain warrants in deploying cell-site simulators in public. These cell-site simulators, otherwise known as stingrays, can capture the identity and locations of your cell phone as well as intercept texts and calls. Really! That sounds like content capture to me.

So, who’s asking questions? Democrat, Patrick Leahey, and Republican, Chuck Grassley, who decided to drop a line to Attorney General, Eric Holder, and Homeland Security Chief, Jeh Johnson asking, in polite terms of course, exactly who died and made them king? Their letter cited, among other concerns, privacy issues related to the idea the FBI could be excused from obtaining a search warrant:


“in cases in which the technology is used in public places or other locations at which the FBI deems there is no reasonable expectation of privacy.”

A little vague, if you ask me and I’m not sure that I’m that comfortable giving that kind of latitude to the FBI.

Here’s the link to the full text of the letter from Leahy and Grassley.

The good news is there are some states, judges and courts less than cooperative toward the broad use of stingray technology. So far Colorado, Illinois, Indiana, Maryland, Minnesota, Tennessee, Utah, Virginia and Wisconsin are still placing privacy above Big Brother spying.

Here’s the links to the U.S. House of Representatives and the U.S. Senate contact info. Look up your reps and give them a piece of your mind. Call them on your cell phone and tell them now, there are at least two records, (maybe more) of your phone call to them in which you expressed your outrage at this kind of invasion on your personal privacy. Decisions are made by those who show up. So, show up.


Previous [WATCH] Here Are The 10 Finalists For The Doritos Super Bowl Ad, And They Are HILARIOUS

Next English-speaking woman blows herself up in Istanbul's tourism district