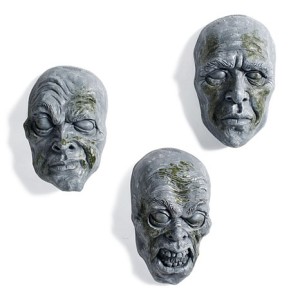 It cannot be pointed out often enough. The three groups who accuse others of being intolerant, prejudice, and anti-God the most – are themselves the personification of same.

Let’s start with Muslims. They are typically first in line to claim religious intolerance but even a cursory glance around the world clearly shows it isn’t Mennonites, Mormons, or Baptists who are beheading, burning, and disemboweling Christians for not submitting and converting to their denominations.

I can tell you without fear of contradiction that it wasn’t the Brethren in Christ or members of the Untied Church of Christ who flew planes into the World Trade Towers, murdered innocent people at the Boston Marathon, massacred innocent people at Fort Hood, or who claim the Qur’an gives them the right to rape and sexually abuse prepubescent little girls.

Muslims and their sycophant appeasers can attempt to deny and/or obscure the truth but facts are facts. Islam does not mean peace – it means submission. As Usama K. Dakdok makes clear, “Muslims terrorize and hate Jews, Christians, and others because the Qur’an itself is the source of terror.” (An Accurate Modern English Translation of the Qur’an Islam’s Holiest Book)

Christians and people of good will and courage stood up with Martin Luther King to end the injustice being perpetrated upon people in America. When is the last time anyone witnessed Muslims from the Council on American-Islamic Relations (CAIR) speak out publicly and forcefully against the evil Muslims are committing worldwide?

Those like Usama K. Dakdok and Brigitte Gabriel will tell you the so-called radical Muslim is not radical at all, they are just being Muslims. The Muslims terrorizing the civilized world during the Crusades weren’t radical Islamists – they were bloodthirsty Muslims just being themselves.

The United States Marine Corps Hymn that includes the lyric “to the shores of Tripoli” wasn’t pulled out of thin air. It is there because George Washington sent troops to the Barbary Coast to combat Muslim corsairs. Muslims make the “Children of the Corn” seem like docile neighbors.

And while blacks are not raiding ships like the Barbary corsairs, they are nonetheless oblivious pursuant to how different their lives would be today without the benefit of America.

Blacks have destroyed Ferguson, MO and Baltimore, MD but what the New Black Panther Party and the paid protestors conveniently overlook is that it’s the Party of their neo-Leninist leader that is responsible for the squalor and horrid conditions the residents of said neighborhoods suffer under.

Baltimore, like every black-run city in America, suffers from a paternalistic “blame white conservatives” leadership that has succeeded in imprisoning them emotionally, mentally, and spiritually to the plantation of despair and inferiority.

Blacks blame police but they, like Muslims, conveniently avoid any discussion that focuses on the primary causal factors for their high incarceration rates and hostile relationships with law enforcement. Blacks refuse to acknowledge that anti-societal behavior, gangs, drugs, and (for all of the so-called black preachers) a lack of Christ-centered preaching and teaching has eroded the neighborhoods they live in.

Black lives only matter when the liberal media fans the flames of a white person being accused of killing a black person. There is little if any discussion of the lives Michael Brown and Freddy Gray destroyed through their drug dealing and gangster lifestyles.

Blacks even go so far as to condemn those parents who fight to keep their children out of the zeitgeist of drugs, gangs, riot, and mayhem.

Demetria Lucas D’oyley, a black female writer for the liberal-funded black website/blog “The Root” wrote: “Toya Graham, the Baltimore mother…captured on video disciplining her son…who was throwing rocks at police…I’m part of the contingent that doesn’t think [she] was right.” (The Hypocrisy of Applauding the Baltimore Mom While Condemning the Protestors; 4/30/15)

Talk about “SMH,” i.e., shaking my head, have you ever in your life heard a more self-serving ignorant statement that is based on personal acrimony toward authority and racism? Maybe if more black parents disciplined their children instead of smiling at them as they terrorize the neighborhoods there would be fewer blacks dropping out of school and being sent to prison.

Liberals like to claim blacks are so religious; I ask if that is the case why are blacks the statistical leaders in every quantifiable negative category today? If blacks are so spiritual how can they be filled with so much hatred based exclusively on skin color? God’s word says if we do not forgive we “will not be forgiven.” Are we to believe that applies to all people except blacks? Does God give blacks special dispensation to disobey His word?

Which brings me to homosexuals. Where is it written that homosexuals have the authority to redefine what God’s word clearly states? Homosexuals have usurped the Civil Rights movement turning it into that which it was never intended to accommodate.

Homosexuals are nothing more than debaucherous perverts given over to sexual deviancy who want us to believe they should given special dispensation.

If a place of business desires to cater specifically to homosexual activities so be it. But if I own a pizza shop or bakery and not only serve homosexuals but treat them with the same respect as I do everyone else coming through the door – how is it unfair if my Christian belief dictates I not support homosexual marriage?

Sodomites are not interested in fairness and equality; they are interested in redefining the family and destroying Christianity as it has been adhered to for over 2,000 years.

Homosexuals do not attack Muslims who are instructed without question to condemn homosexuality. And blacks do not protest against homosexuals co-opting and subverting the Civil Rights battle. Is it Erebusic respect from one evil to another?

That said specific to the beginning of this essay, the three groups who are most vociferous pursuant to tolerance are the very face of intolerance toward all who refuse to capitulate to their sinful ideologies.