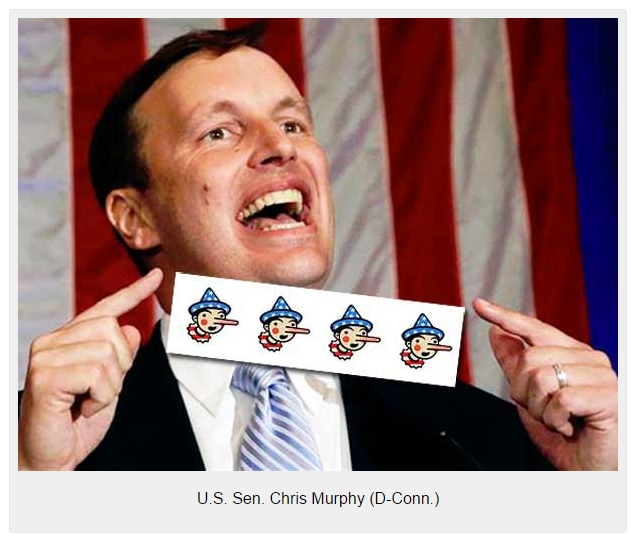 If it sounds like we’re repeating ourselves, it’s because we are. For the proverbial umpteenth time, Fact Checkers at a prominent newspaper have denounced a lie being told by a supporter of expanded background checks on gun sales.

Today (Monday), the Washington Post gave Four Pinnochios to U.S. Sen. Chris Murphy (D-Conn.) for repeating a claim originated by Michael Bloomberg’s Everytown for Gun Safety group, that there has been an average of one school shooting per week since the December 2012 crime at Sandy Hook Elementary School in Newtown, Connecticut.

“Applying a reasonable person standard” to what should be considered a “school shooting” in the context of the Sandy Hook crime, the Post concluded that of 126 incidents on Everytown’s list, most were suicides or attempted suicides, accidents, or shootings resulting from arguments between individuals, and perhaps only 10 were crimes in which someone intended to shoot multiple people.

The Post, saying “lawmakers need to present information—especially for such a controversial topic as gun control—in a clear, responsible and accurate way,” considered Sen. Murphy’s lie particularly egregious in view of the fact that Everytown’s claims about school shootings have been so widely discredited previously. As examples, the Atlanta Journal-Constitution first rated Everytown’s claims about the number of school shootings since Sandy Hook mostly false back in June 2014. Three months later, John Lott released the result of research that found that some of the persons involved in the incidents cited by Everytown weren’t even associated with the schools and/or the incidents didn’t occur during regular school hours. 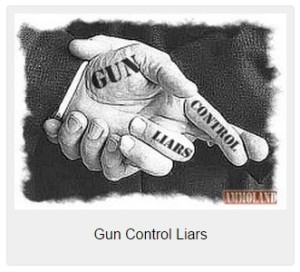 Maybe Murphy can take comfort from the fact that he’s not the only anti-gunner that has been taken to task for telling lies. In 2013, the Post rejected former Pres. Bill Clinton’s claim that half of all mass killings in the United States had occurred since the September 2004 expiration of his “ban” on “assault weapons” and “large” magazines. The newspapersaid, “the available data show that Clinton was way off base in his assertion, making an exaggerated claim—which his office would not even defend.”

The same year, the Post gave Pres. Barack Obama Three Pinnochios for repeating Everytown’s claim that 40 percent of firearms are sold without a background check. (And even if Obama had been telling the truth, it would only have been an endorsement for checkless firearm sales, given that the nation’s murder rate is at or near an all-time low.)

In December, the Journal-Constitution gave a mostly false rating to Everytown’s claim exaggerating school shootings in Georgia. In March, the Post gave Pres. Barack Obama Three Pinnochios for his “odd series of exaggerated gun claims,” including the claim that the U.S. has the world’s highest murder rate, the claim that it’s easier to buy a handgun than a vegetable, and the claim that gun control opponents want laws to allow “firearms in kindergartens and machine guns in bars.”

In April, the Richmond Times-Dispatch gave a mostly false rating to Sen. Tim Kaine (D-Va.) for repeating the “40 percent” claim that Pres. Obama was faulted for previously, but which Everytown continues to use every chance it gets. Also in April, Everytown was caught trying to exaggerate the size of their miniscule anti-gun demonstration during the NRA Annual Meeting in Nashville.

In May, the Journal-Constitution rated as “mostly false” Everytown’s claim that weak gun laws were responsible for a gun being stolen in Georgia and later used in a crime in New York City.

And last week, the Tampa Bay Tribune rated as mostly false Obama’s recent claim comparing multiple victim shootings in the U.S. to those in other countries.

But when have the facts had any bearing on what gun control supporters say?