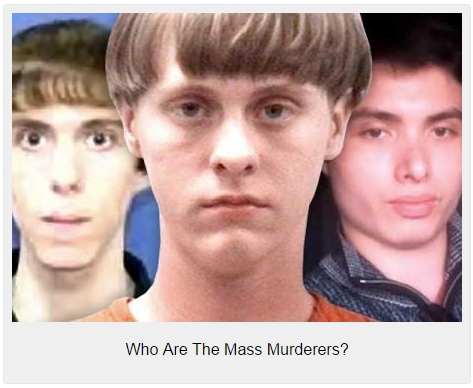 There is much speculation about how to identify people at risk of committing violence, in order to preempt their possessing firearms.

This ignores risks from violence done with, say, hands and knives, but it’s a worthy goal.

However, it’s not one easily accomplished—and risks restricting Second Amendment rights from too many people who don’t present any risk at all.

The stereotypical characteristics of a mass shooter are being almost always male and usually white (but whites and African-Americans appear in proportion to their population percentages), with many meeting criteria for a major mental illness (most significantly paranoid schizophrenia). Yet this does not imply that being a white male with a major mental illness makes one likely to commit mass murder, or even become violent at all. Nor does being on psychiatric medication—taking prescribed antipsychotic and antidepressant medicines reduces the risk of violent ideation and acts by mentally ill patients.

I’ve treated thousands of psychiatric problems in people of all descriptions over the past 30 years and none of them has gone on a rampage. My experience is not just anecdotal. It’s an example of the facts that the mentally ill account for only about 4% of violent crime (even though most mass killers are likely mentally ill), but are more than twice as likely to be victims of violence as the general population.


These demographic factors do not equal causation, and they do not define the entire set of risks that may lead to bad deeds being done. Substance abuse is a greater factor itself (34%) in violent behavior that mental illness and substance abuse along with serious mental illness (5%), and binge drinking itself, seem to increase the risks of violence. Cultural factors have become more prominent during the past 20 years, with radical ideologies based on ethnic identity, religion, and/or collective paranoia inspiring the most horrific attacks.

Interestingly, people of Asian heritage commit such crimes at a higher rate, and those of Latino heritage at a lower rate, than their proportions of the population. There was Seung-Hui Cho at Virginia Tech in 2007, Jiverly Wong in 2009 in Binghamton New York, but then there was also Ivan Lopez at Fort Hood in 2014.

“Spree killers” don’t always make lists of mass murderers since they may carry on for a long time (such as John Allen Muhammad and Lee Boyd Malvo, 2002 in the D.C. area). As to women, Jennifer San Marco, who “went postal” in Goleta, California in 2006 comes to mind, as well as Aileen Wuornos in Florida in 1989-90.

Of course, confining attention to shootings ignores other means of mass murder such as explosives (Timothy McVeigh and Terry Nichols in Oklahoma City in 1995, and the Tsarnaevs in Boston, 2013), arson (95 dead in Our City of Angels School in Chicago, 1958, and the Esperanza forest fire in 2006 by Raymond Lee Oyler), and causing vehicular crashes (Juan Manuel Álvarez in Glendale, California in 2005), not to mention plane crashes (the 9/11 attacks, of course, but also others beginning with Francisco Paula Gonzalez in 1964).

So although mass murders (the murder of 4 or more persons during a single event, according to the FBI) make big headlines and doing so with guns excites the adrenaline of our gun-control comrades, addressing these is not all there is to keeping safe from “gun violence”.

Most shootings occur between people who know each other, one on one, in large part during the commission of crimes, especially by gangs and associated with dealing and using illegal substances.

“Gun control” can’t prevent this, since firearms may have been obtained legally (without triggering background check blocks) or criminally (with no intervention possible). Straw purchases straddle that line.

This sounds like a tautology, but it means that one way or another, people who want to kill with guns can and will kill. At the same time, other killing tools can’t effectively be monitored or controlled (knives, bats, gasoline, home-made explosives, etc.).

Unhappily, the current administration’s efforts to undercut the Second Amendment in any way possible have reached a new low. The President has directed that all federal departments apply guidance requiring consistent reporting of people with “subnormal intelligence, or mental illness, incompetency, condition, or disease” to the National Instant Check System (NICS).

This has already led to depriving 177,000 veterans of their right to own firearms, and could next lead to as many as 4.2 million Social Security beneficiaries losing theirs. Congress is seeking to end that threat to veterans, as it considers the Veterans Second Amendment Protection Act. It may need to do more of the same to outlaw the widespread application of these criteria by agencies government-wide.

Psychiatrists, advocates for the disabled, civil libertarians and many others are united in opposing arbitrary deprivation of Constitutionally guaranteed rights based on the single criterion of being unable to manage one’s own finances. This is only one of several varieties of incompetence that may affect people. Other examples include incapacity to properly parent (leading to deprivation of parental rights), incompetence to stand trial, not guilty by reason of insanity, and incompetence to make rational health care decisions.

But none of these determines that any other exists, because each depends on a different set of intellectual, cognitive, and behavioral abilities. Only a court can determine legal incompetence in any sphere, advised by professional assessment of an individual, often by psychiatrists and others with such expertise.

Placing such life-altering legal decisions in the hands of bureaucrats is a perverse aggrandizement of government.

There are plenty of concerns that should be reported to and used via the NICS to prevent certain individuals from possessing guns as far as possible. These include convictions of violent crimes, active illegal substance use or addiction, and adjudication by a court of the specific incapacity to safely use firearms, along with mental illnesses such as major depression and schizophrenia with active symptoms that heighten dangerousness. But these can be temporary conditions, so they should be temporary determinations with ready access to appeal and have the restrictions voided.

Remember Martin Niemöller’s warning that if the line is not drawn when “First they came for” the social undesirables, there will ultimately be “no one left to speak for us” when we become targets. Be aware, stay alert, and don’t hesitate to fight back. Defending our rights against bad laws, like defending our persons against assault, gives both the best chance for survival.

Robert B. Young, MD is a psychiatrist practicing in Pittsford, NY, an associate clinical professor at the University of Rochester School of Medicine, and a Distinguished Fellow of the American Psychiatric Association.

Doctors for Responsible Gun Ownership, a project of the Second Amendment Foundation. www.drgo.us