“Judicial activism occurs when judges write subjective policy preferences into the law rather than apply the law impartially according to its original meaning.” ~ The Heritage Foundation 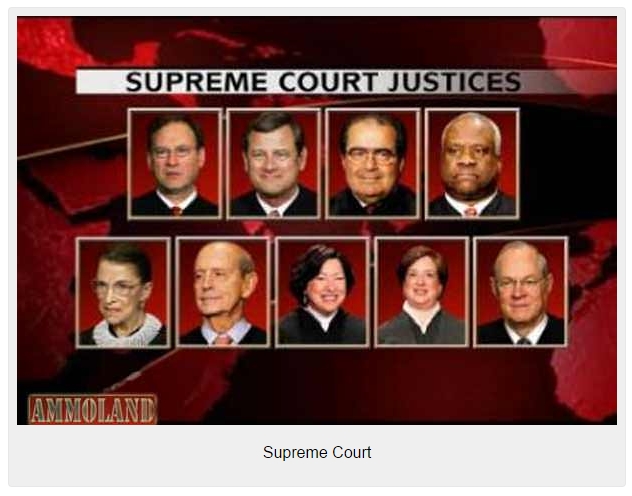 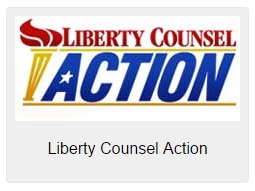 To vocal opponents of judicial activism, this comes as little surprise. The U.S. Supreme Court has suffered a major credibility blow in the wake of its politically motivated 5-4 Obergefell v. Hodges “gay marriage” opinion.

In it, they presumed to do the impossible – both redefine the age-old institution of natural marriage and to give this fictional definition precedence over freedoms actually enumerated in the Bill of Rights.

According to Rasmussen, only “36 percent of Likely U.S. Voters still think the high court is doing a good or excellent job.”


Incredibly, even the Chicago Tribune had this scathing assessment of the high court:

“We must confess we are shocked at the violence and servility of the Judicial Revolution caused by the decision of the Supreme Court of the United States. We scarcely know how to express our detestation of its inhuman dicta, or to fathom the wicked consequences which may flow from it. … This decision has sapped the constitution [sic] of its glorious and distinctive features, and seeks to pervert it into a barbarous and unchristian channel … Jefferson feared this Supreme Court, and foretold its usurpation of the legislative power of the Federal Government. His prophecy is now reality. The terrible evil he dreaded is upon us.”

As many of us warned, this opinion is already being used to crush Americans’ constitutionally guaranteed freedoms.

This was not lost on the Tribune, which added, “To say or suppose, that a Free People can respect or will obey a decision so fraught with disastrous consequences to the People and their Liberties, is to dream of impossibilities. No power can take away their rights. They will permit no power to abridge them.”

The New York Tribune was equally dismissive: “The decision, we need hardly say, is entitled to just as much moral weight as would be the majority of those congregated in any Washington bar-room.”

OK, I’ll come clean. The above quotes are not in reference to Obergefell. But they might as well have been. These quotes addressed the Supreme Court’s equally illegitimate 1857 Dred Scott decision. Whereas, in Dred Scott, the justices defied natural law and presumed a “right” for whites to own blacks, the court’s 2015 Obergefell decision likewise defied natural law and presumed to deconstruct and redefine the institution of marriage.

Both decisions are illegitimate, and here’s why. For the U.S. Supreme Court to justifiably overturn some law duly passed by the United States Congress, its opinion must be deeply rooted in one or more of the following:

As the high court’s four dissenting justices rightly observed in Obergefell, the “five attorneys” who invented this newfangled “right” to “gay marriage,” failed, abysmally, on each and every requirement.

The same was true of Dred Scott.

And so both opinions should be summarily ignored.

As President Andrew Jackson famously quipped of a Supreme Court opinion he thought usurped his executive authority, “[Chief Justice] John Marshall has made his decision; now let him enforce it!”

After the Dred Scott decision was released, Sen. William Pitt Fessenden, R-Maine, who later served as Abraham Lincoln’s secretary of treasury, said this: “[It is charged] that I am undermining the institutions of the country by attacking the Supreme Court of the United States! I attack not their decision, for they have made none; it is their opinion.”

Over the last few decades, the other two branches of government, the legislative and the executive, have, for some inexplicable reason, acquiesced to the notion of judicial supremacy – a dangerously dominant concept that erroneously regards the United States Supreme Court as the final arbiter of all things public policy. If this is so, then these nine unelected lawyers are ultimately unaccountable to anyone or anything, and the other two branches of government are but toothless figurehead bodies merely spinning their wheels while spending our dollars.

This flies in the face of the framers’ intent. It’s also the very unfortunate reality under which we live. It is fully within the constitutional authority of the other two branches of government to rein in these judges gone wild.

Article III, Section 2, of the U.S. Constitution gives Congress the authority to “check” judicial activism, up to and including when justices illegitimately legislate from the bench: “[T]he Supreme Court shall have appellate jurisdiction, both as to law and fact, with such exceptions, and under such regulations as the Congress shall make.”

Our Republican-led Congress, from a regulatory standpoint, has the absolute constitutional authority to smack down this rogue Supreme Court. Unfortunately, to date, it has either been unwilling or unable to do so.

Still, it’s not Republicans alone who must halt this judicial imperialism. Freedom-loving Democrats, to the extent that such animal yet exists, must also join the fight. After the Dred Scott opinion, they did.

“[F]orthwith we are told that the Supreme Court of the United States has become the appointed expounder of Democratic principles. Since when?” asked Sen. George Pugh, D-Ohio. “Who constituted the judges of the Supreme Court the makers or expounders of Democratic principle? Certainly not Thomas Jefferson, who pronounced them the sappers and miners of the Constitution; certainly not Andrew Jackson, who told them he would interpret his own oath, as well as his own principles, according to his views of the Constitution. … When we get to going by courts, it seems to me we have departed from the whole spirit and principle of the Democratic Party.”

My, how the Democratic Party has changed.

In the vast majority of their writings the Founding Fathers were explicit that the judicial branch of government is effectively the weakest of the three. Regrettably, such is not the case with today’s modern misapplication. Americans currently live under what is, for all intents and purposes, a counter-constitutional judiciocracy led by nine unelected, unaccountable, black-robed autocrats.

No, five extremist lawyers don’t get to decide “the law of the land.” Only the legislature can do that. The high court merely issues opinions.

And then the other two branches decide what, if anything, to do with them.

The Declaration of Independence acknowledges that true rights are God-given and unalienable.

Matt Barber is founder and editor-in-chief of BarbWire.com and an attorney concentrating in constitutional law. In addition to his law degree, Matt holds a Master of Arts in Public Policy from Regent University.

Matt is both an author and a popular columnist. He’s known for a unique writing style (an entertaining blend of thoughtful analysis and Swiftian satire, delivered with a rapier wit). Many newspapers and online publications run Matt’s columns, to include WND, TheBlaze, the Washington Times, TownHall and many more. Author of the book, “The Right Hook: From the Ring to the Culture War,” Matt is currently penning his first novel.

In addition to frequent public speaking engagements, Matt has appeared as a cultural analyst on the Fox News Channel, MSNBC and CNN and is a regular guest on dozens of talk radio programs and networks including Michael Savage, the G. Gordon Liddy Show, Dennis Prager, the Michael Medved Show, the Janet Mefferd Show and others. Matt also co-hosts “Faith and Freedom” a daily legal and cultural issues talk radio program heard on about 90 stations across the country.

Matt served twelve years in the Army National Guard, was a law enforcement officer for three years and a corporate fraud investigator for five years.

Setting him apart from others in his various fields, Matt was an undefeated heavyweight professional boxer retiring in 2004. Prior to turning pro, he was a several time state and regional Golden Gloves champion, competing in the 1992 Western Olympic Trials and winning a Gold Medal in the 1993 Police and Fire World Games.

Next [VIDEO] "You Just Don’t Like the Facts!" Juan Williams, Bolling Throw Down Over #BlackLivesMatter