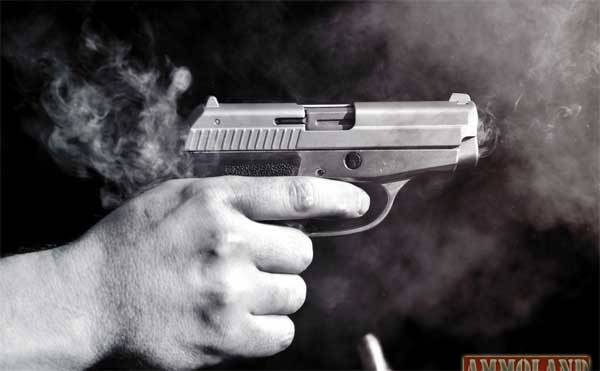 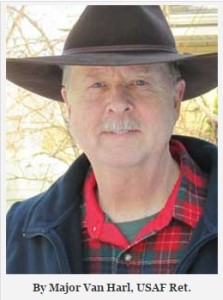 I have a veteran friend I call on Veteran’s Day and Memorial Day. I met him by accident when my insurance agent, who was also his agent, introduced us by phone.

After a long conversation where we discovered our Civil War grandfathers were trying to kill each other in numerous combat engagements, we agreed to do lunch.

We have remained veteran friends since and for the sake of this article I shall call him “Bob.”

Bob’s brushes with crises, and therefore his, too-close-for- comfort degree of separation of deadly violence is somewhat unique.

In the 1980s Bob had a young man working in his office who turned out to be schizophrenic. After identifying the young man and his emotional problems to management, Bob discovered company leadership and everyone else in the office already knew about the situation. The young man was required to undergo a physical and deemed to have “issues” to the point he needed to be admitted for psychiatric help.

The young man at some point was no longer working at Bob’s company and blamed Bob. He stalked Bob and one day showed up in the office and cornered Bob with a note blaming Bob for the death of his second child, (whatever that meant?) and had a box full of shooting targets with lots of holes shot into them. Only due to the fast thinking of the only fellow office worker who did not scatter during Bob’s confrontation with the young man, was the situation temporally defused.


Bob continued to be stalked for about a year and then the young man killed himself. Bob truly does not know what would have happened in his office that day if the nice fellow office worker had not gotten involved.

In 2007 Bob had an intern from Virginia Tech working in his office. On 16 April that year the intern came in and asked Bob if he could take the rest of the day off. Thirty-two of his fellow VA Tech students had just been murdered by a mentally unstable person who also wounded 17 other students. The intern knew many of the victims and had he not been working for Bob that day, would most likely have been in the line of fire.

Bob later retired and moved out west where I met him. In November of 2012, I called Bob on Veteran’s Day per usual. He then relayed the story about his cousin and his cousin’s daughter.

The daughter wanted to see the new Batman movie, The Dark Knight Rises that was showing at midnight on the 20th of July 2012 in Aurora Colorado. She was a teenager and dad decided to take his young child to the movie rather than let her go by herself. The cousin never got home that night. He was one of the 12 murdered, along with 70 others who were injured. A mentally disturbed person took it upon himself to destroy so many lives that night.

Bob had lived in Roanoke, Virginia, so when I saw on the news where two local TV news persons were gunned down in Roanoke in cold blood, and filmed as they died, I called him.

Bob’s daughter had left Roanoke a couple of years ago to move out west to be closer to Bob and his wife. The daughter had left her job at Channel 7 in Roanoke when she moved west. She did not know either the female reporter or the camera man, but she did know the fiancés of both dead TV employees.

An allegedly mentally unstable former employee of Channel 7 had targeted and killed two innocent people, because he could.

In all four of the cases, firearms were involved, but the firearm was only the tool of the killer, not the reason or the “why” for the violence. Mental illness was the greater common denominator of all these tragedies.

If you want a gun and you have any of the above issues in your life’s history and you really desire that firearm—you lie.

People lie to get what they want in life, and that means people lie to facilitate committing violent crimes. Throw in mental illness and what do you expect? One out of ten Americans is on a legal, doctor prescribed mental health medication. Do they lie when they want something they are not suppose to have? Do you lie when you want something you are not suppose to have? What about those who self medicate and then lie?

How far is that degree of separation from violence in your life?

Major Van E. Harl USAF Ret., a career Police Officer in the U.S. Air Force was born in Burlington, Iowa, USA, in 1955. He was the Deputy Chief of police at two Air Force Bases and the Commander of Law Enforcement Operations at another. He is a graduate of the U.S. Army Infantry School.  A retired Colorado Ranger and currently is an Auxiliary Police Officer with the Cudahy PD in Milwaukee County, WI.  His efforts now are directed at church campus safely and security training.  He believes “evil hates organization.”