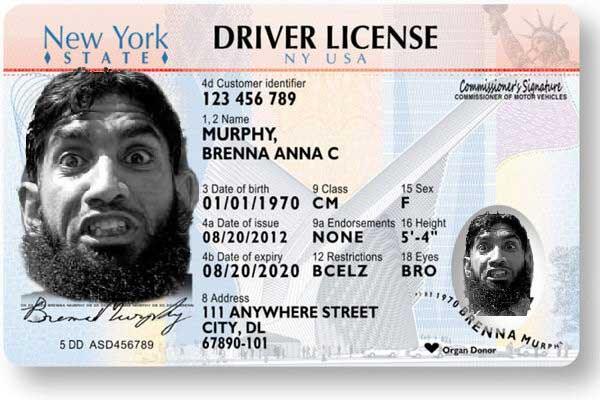 A couple of weeks ago I wrote about the problem of the “Gun Free Zone” loophole, which disarms the law-abiding (who are a threat to no one, and a possible deterrent/protection for innocents) while doing nothing to prevent bad guys and lunatics from carrying and using guns in those areas.

Continuing on the theme of loopholes, which is such a popular term among rights restrictors, I want to address another dangerous loophole that puts us all at greater risk: The Illegal Alien Licensing loophole.

Illegal aliens,or undocumented migrants, are people who reside in this country illegally, whether they sneak across the border in the dark of night or overstay a student or tourist visa. There are an estimated 11 to 12 million unauthorized immigrants in this country, and that’s a conservative estimate.

Among the many things these people are not supposed to be able to do here is purchase or possess firearms or ammunition. They are also not supposed to vote in our elections.

In recent years, several states have attempted to enact laws requiring voters to provide a government-issued photo ID in order to register or vote as a way to prevent illegal multiple votes, votes from dead people, and voting by people who do not have the right to vote, such as unauthorized immigrants. These voter ID laws have been tagged “voter supression” laws and met with lawsuits alleging that they are the equivalent of the Jim Crow era poll tax because, detractors say, the underprivileged and elderly, especially within minority communities, might have problems obtaining a government ID, thus preventing them from voting.


At the same time, the same groups – “progressive” Democrats – see nothing wrong with requiring government-issued ID, a raft of intrusive questions, paperwork, and a criminal background investigation every time a person wishes to exercise their constitutionally guaranteed right to purchase a firearm.

The interesting loophole in all of this is another initiative of the same “progressive” activists in our society: the issuance of driver’s licenses to illegal aliens.

A dozen states currently offer licenses regardless of immigration status, and of course the proponents of this idea object to any suggestion that these driver’s licenses for illegal immigrants include any indication that the holder is not a fully vested citizen with all the rights and privileges of citizenship. They say that providing a license that is any different than a normal driver’s license, would be an invasion of the person’s privacy, and an invitation for discrimination.

Considering that the driver’s license is the predominant form of ID used for most purposes, including voting and in firearm purchases, and is usually the only form of ID used, this means that, not only is this practice potentially enabling voter fraud, but it also invites people who are prohibited by law from purchasing or possessing firearms, an easy means of buying them through legal channels.

Add in the whole “Sanctuary City” movement, which prevents local authorities from checking on immigration status of people they arrest for other reasons, and also prevents them from turning over illegal aliens to federal immigration authorities when they come in contact with them, and the problem grows exponentially. Even a multiple deportee, multiple convicted felon like the fellow who shot the young woman in San Francisco recently, could easily get a driver’s license under a different name, and use that license to purchase a gun and pass a background check.

This ruling directly conflicts with rulings from several other Federal Circuit Courts, so it currently only applies to individuals in Illinois, Wisconsin, and Indiana. Whether this question will be taken up by the US Supreme Court or left as a split between the Circuits, as so many recent Second Amendment cases have, is anyone’s guess.

It is also unclear how this ruling could impact other rights generally considered to be reserved to citizens – such as the right to vote.

No matter how the court ruling turns out, the issue remains that it is illegal for persons in the country illegally to be in possession of firearms or ammunition, but the mechanism which is supposed to prevent them from purchasing guns, is easily bypassed with the driver’s licenses that “progressives” want them to have.

Though the vast majority of illegal immigrants are not violent or dangerous criminals, some are, and our laws prohibit any of them from legally purchasing or possessing firearms. But the same people who want to make it harder for you and me to buy firearms, are pushing loophole laws which make it easier for illegal immigrants to purchase them.

Liberty is not a loophole. Gun control laws are all based in the legal principle of Prior Restraint, which is forbidden by the Constitution. What loophole is it that allows that?

Previous Misguided ‘Solutions’ For the Problems Of Madness & Evil