According to Fox News’ Catherine Herridge, Hillary Clinton’s campaign fed former Senate Committee on Foreign Relations chairman Bob Menendez questions for the former Secretary of State to debunk ahead of the January 2013 hearing on Benghazi.

The evidence surfaced in email communications between Chelsea Clinton and her mother’s top State Department aides obtained by Citizens United.

In one email in particular, Clinton senior advisor Philippe Reines wrote to Chelsea — under her codename Diane Reynolds — that “we wired it that Menendez would provide an opportunity to address two topics we needed to debunk (her actions/whereabouts on 9/11, and these email from Chris Stevens about moving locations) [sic].”

“The first question right out of the gate from Sen. Menendez covers both those topics,” Herridge noted.

“This email chain provides a rare behind the scenes look at which Benghazi-related issues the Clinton camp had concerns about going into Secretary Clinton’s January 2013 testimony on Capitol Hill, and what they had apparently plotted out beforehand with a Democrat committee member to deal with those concerns. Citizens United will continue to release all new Benghazi emails we receive through our FOIA lawsuits as they come in — the American people have a right to know the full picture.” 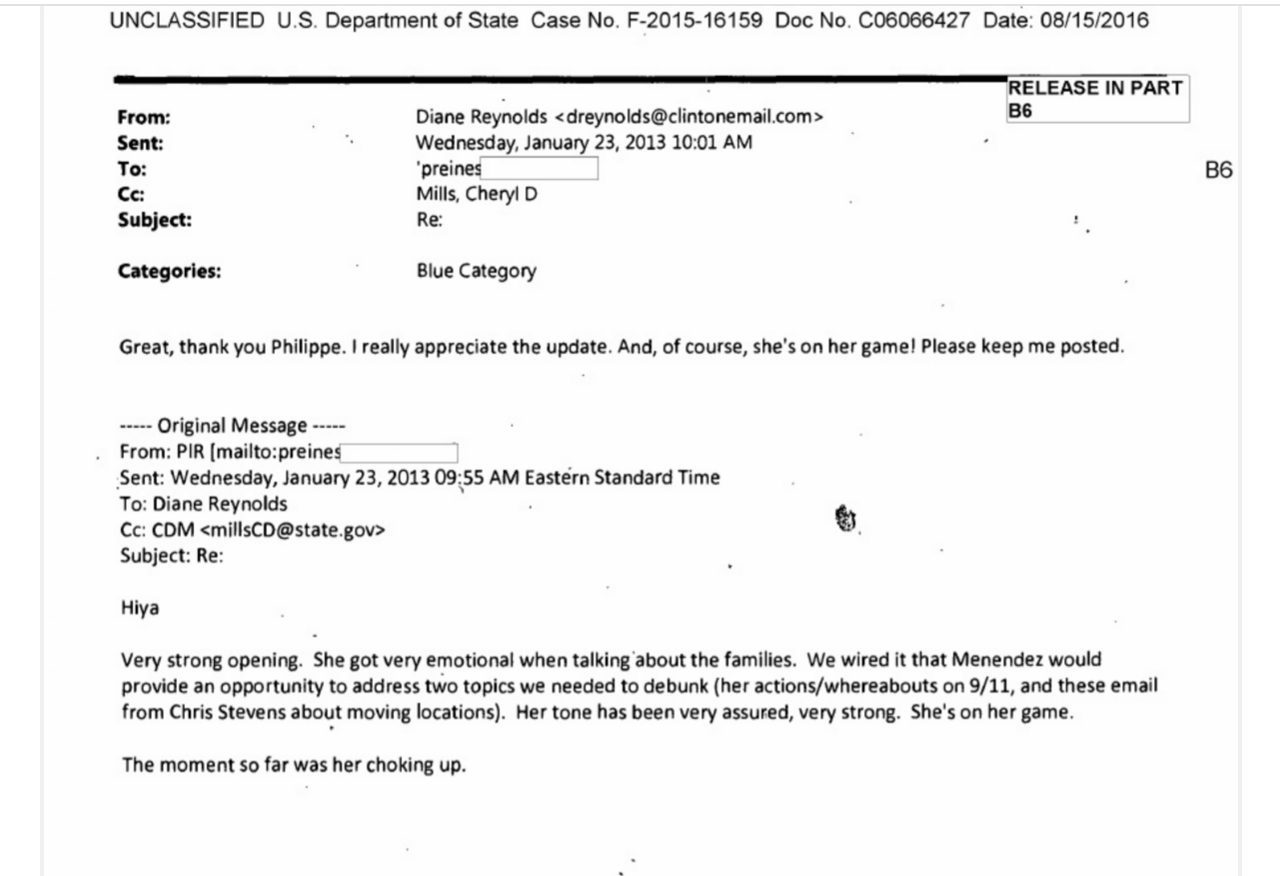