Hillary Clinton’s “pneumonia” diagnosis is being called into question following the emergence of a photo which appears to show that her health is much worse than her campaign is letting on.

In the image, one of the Democratic nominee’s ‘handlers’ is seen administering a neurological test just before she infamously collapsed at a 9/11 memorial on Sunday. 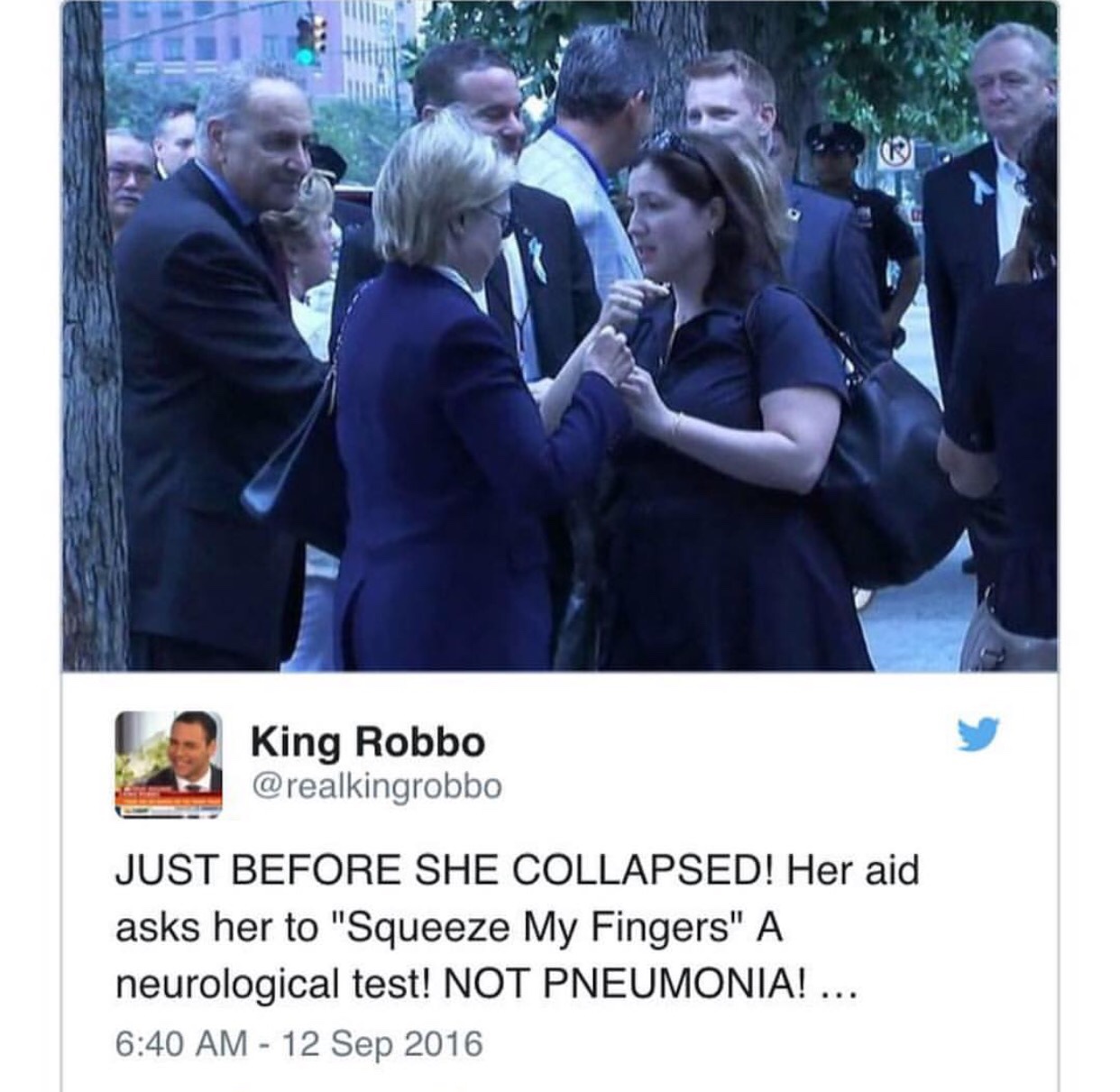 According to Allen B. West, Dr. Zuhdi Jasser M.D., a physician for the Navy and Congress, suggested Hillary’s medical emergency was not caused by dehydration; rather, it was something cardiovascular or neurologic.

Here’s what Jasser had to say:


“What she had was a syncopal episode. She passed out. That’s either cardiovascular or neurologic. Now, her team wants us to believe it is dehydration. She didn’t appear to be dehydrated and that doesn’t get fixed in 90 minutes. So I can tell you that it really appears and if I let a patient with the condition of syncope leave my office, and not get admitted, and get evaluated immediately, that would be malpractice. So there’s something going on.”

The NYU School of Medicine instructs students to “test the patient’s grip by having the patient hold the examiner’s fingers in their fist tightly and instructing them not to let go while the examiner attempts to remove them. Normally the examiner cannot remove their fingers. This tests the forearm flexors and the intrinsic hand muscles. Compare the hands for strength asymmetry.”

That brief description of a simple test for a patient exhibiting symptoms of neurological issues describes exactly what the woman in the picture with Hillary is doing.

What do you think is wrong with Hillary Clinton? Have your say in the comments section!