If we don’t do something soon, and that would be quite soon, to obliterate the left’s hold on power in our nation, we are finished.  I mean this literally, as the United States of America cannot continue to exist without its military, and through stealth and other means, the left has come very close to destroying this most magnificent entity among us.

Through social engineering, the left, represented full throttle by our current President and the equally repellent Hillary Clinton who hopes to succeed him, has altered the very simple and clear task of our military: to do whatever it takes to protect and defend America and its people.  The American military has become merely a representation of the progressive Utopian ideal of a satisfactorily diverse group, celebrating all 58 genders, acceptance of any and all alternate life styles, tolerance of any and all religion practices except Christianity, and at the same time taken the warrior out of the warrior class. 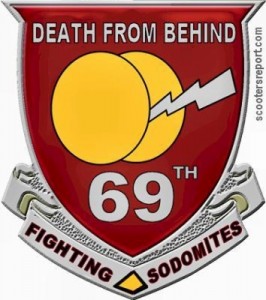 Today’s American military, run by leftists who intrinsically hate it, functions multi-culturally, which means, of course, that no civilization or society is better than any other, thereby relegating the United States of America, the country young American men and women are supposed to fight and die for, into the nothing special category.  The multi-culturalists would just as soon have American soldiers dying for Ebola victims in Guyana (a nation and culture equal to the US, according to our betters), or for illegal aliens fighting to enter the U.S. against our laws than to fight for American citizens.

Tragically, those who object the most strenuously to what is being done to our military, its brave and frustrated members, are the ones who can do the least about it.  Look at what has been done to the proud, the brave and the strong in the last almost 8 years, and reflect on how much more like this will be done during the next 8 years of another Clinton administration.  All of these speak for themselves, and are just a fraction of what the left has done to our military in the recent past:

There are so many more of these examples of what the left is doing to our military that it is beyond farce and well into tragedy.  The people who are doing this to our military do not understand that the point of having a military is to achieve victory in battle so that the United States and its people can continue to survive, even to prosper.

Victory in battle requires a “full out warrior ethos that mandates brutality on a scale the politicians and progressives who are pushing this agenda cannot fathom.”  Our armed forces “must be capable of defeating those who mean us harm, and that requires soldiers, sailors, airman and marines who are trained, equipped and led by people who understand how to fight and kill and defeat enemies.”

That particular priority is not one currently adhered to in our formerly great American military.

Click here to get your very own government produced copy of “TRANSGENDER SERVICE IN THE U.S. MILITARY – An Implementation Handbook”

Previous This SWEEPING Viral Optical Illusion Is The New #TheDress

Next [WATCH] She Does Not Need A Top, She Needs A Bicycle Helmet