It came as a big blow to many Americans today that Trump would not actively pursue an investigation of Hillary. So many people hoped to see Hillary in an orange jumpsuit and those hopes were instantly shattered. However, I think I can officially say that people’s faith in Trump’s promises has been restored.  In a later interview with New York Times reporters, President-elect Donald Trump said he would not take the investigations of the Clintons off the table.

While I still think it’s crap Trump feels the Clinton’s have “suffered greatly”, at least he seems to be keeping his promise. Time will tell.

Two reporters tweeted from inside the meeting, as Trump also expressed the view that Clinton “suffered greatly” and that it would be “very, very divisive for the country” to prosecute the Clintons 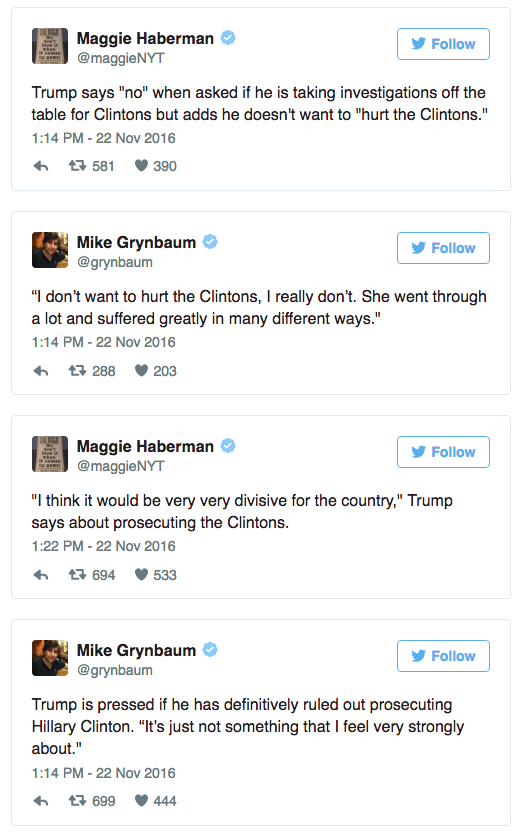 Next FINALLY! Colin Kaepernick Gets The Brutal 'Justice' He Deserves