Contrary to reporting from many journalists and outlets, Republican president-elect Donald Trump‘s pick for national security advisor Michael Flynn did not spread or have anything to do with the #PizzaGate conspiracy that led a man to threaten a Washington D.C. pizzeria with a rifle Sunday. Just another perfect example of how liberal media will use a “fake” story when it serves them.

Of course The Washington Post just came out with a new article this morning retracting their claims but were quick to point back at Flynn’s son.

Here’s how The Washington Post reported on the PizzaGate attack, to give one example:

The restaurant’s owner and employees were threatened on social media in the days before the election after fake news stories circulated claiming that then-Democratic presidential nominee Hillary Clinton and her campaign chief were running a child sex ring from the restaurant’s back rooms. Even Michael Flynn, a retired general who President-elect Donald Trump has tapped to advise him on national security, shared the stories. None of them were true. But the fake stories and threats persisted, some even aimed at the employees’ children. The restaurant’s owner was forced to contact the FBI, local police, Facebook and other social media platforms in an effort to remove the articles.

WaPo evidently came to that conclusion based on an old tweet of Flynn’s that reporters began spreading on Twitter after the attack. 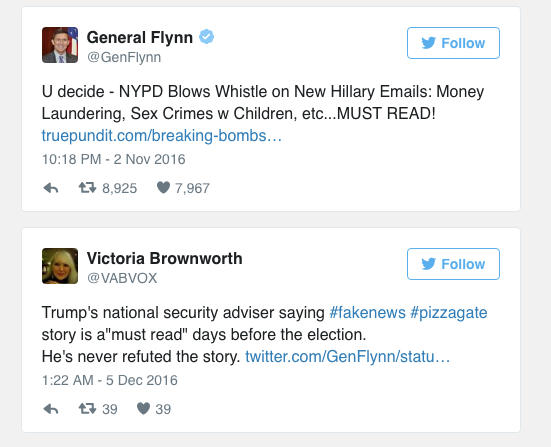 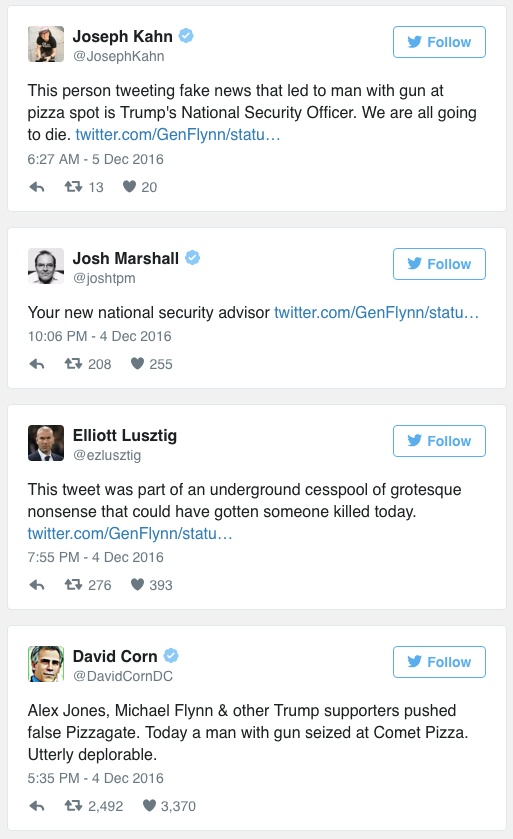 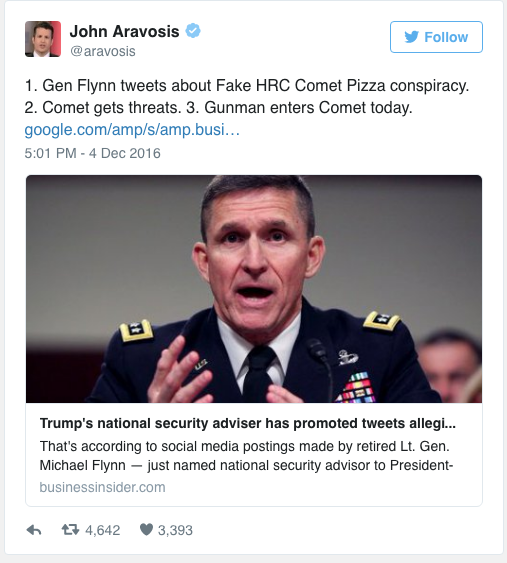 Flynn absolutely has a history of pushing conspiracy theories, but not the “Pizzagate” theory. One big clue should have been the date on Flynn’s tweet: two days before the conspiracy even reared its head.

Clicking through the link in Flynn’s tweet brings up a story from TruePundit.com, a proprietor of unsubstantiated “news,” supposedly from the NYPD. The “sex crimes w/ children” in the title refers to Anthony Weiner, the husband of a Clinton advisor who actually is under investigation for soliciting minors.

Next This Sicko Liberal Says: ‘We Can’t Prove Sex With Children Does Them Harm’