Allen West once again nails Obama on his unscrupulous amounts of bullsh*t. According to the White House and Obama, the U.S. government has killed OVER 50,000 ISIS militants in what could be the world’s best work of fiction. Talk about FAKE NEWS when the Obama Administration and Hillary are it’s biggest perpetrators. Josh Earnest, White House Press Secretary, went on to say there are 25,000 ISIS militants in the area. Then another general claims we have killed 45,000, then another anonymous source says 50,000. It would seem the top people running our country are a bit confused. Or they have told so many lies, they can no longer keep them straight.

Truth be told, Obama openly admitted that he has no idea what is going on with ISIS and they weren’t even on His “radar”. ISIS has been left to run amuck for the benefit of of various countries. Obama couldn’t care less as Christian genocide was in full swing. He didn’t care that ISIS was and still is slaughtering and raping their way through many countries. All Obama did was tell the American people that we should be more accepting and understanding of Islam while practicing his golf swing.

The Obama administration will go down in history as the biggest lie perpetuated on the American people.

Right Wing News had this to say.

Perhaps Obama should read more non-fiction, like the December House Homeland Security terror snapshot we shared with y’all this week. Needless to say, Deputy National Security Advisor Ben Rhodes, did not issue that report — far above his literary talents, and again, it’s reality, not make believe.

And in these final days, the fourth estate will do everything it can to prop up Obama and try to get us to listen to his bedtime story. They’ve gone so far as to try and demonize the fifth estate, which is far more reflective of a real world than the so-called, “professional” journalists who’ve lost all credibility with the American people — well, at least the ones with functional brains.

In conclusion, this report from an anonymous U.S. military official is nothing more than fake news from the Obama administration. Barack Obama has admitted that ISIS was never on his radar screen. And so how can it be that we get this “definitive” assessment of 50,000 militant killed, when the president just admitted he he never knew they were coming, or existed — which is another example of fake news. Then again, let’s find our honesty here and accept the fact that with Barack Obama, it’s not fake news…the fella is just a bold face pathological liar.

50,000 militants killed in the last two years my butt.

Obama has obstructed our military at every turn so ISIS could grow and expand. That’s called treason. Just as Hillary’s actions were. Obama should have been impeached over all this, just as Clinton should be behind bars. It is why Trump was elected. And hopefully our new President-elect will indeed go after the Jihadist butchers of ISIS and wipe them out. I know our military would love to do that and America is anxiously awaiting a leader to take the fight to the enemy.

For two years or more, Obama’s Jayvee Team has kicked our butts. Now, it is Trump’s turn to kick theirs. Obama can’t be gone soon enough. It’s time for the adults to take the wheel in the Middle East and stop these monsters… really put the fear of God and America into them. This didn’t sneak up on Obama… somehow, he just couldn’t be bothered to care. And notice everything he does benefits Muslims of one flavor or another and hurts infidels. If you are honest, you’ll see that clearly. Just look at Iran, Turkey, Syria and ISIS and that tells you all you need to know. There was never a US-led coalition fighting ISIS. Obama will lie and lie as he walks out of the White House for the last time. His legacy is one of make-believe and falsehoods. 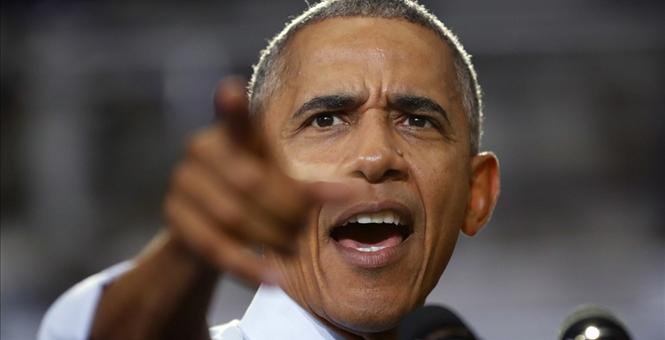 Next The Newly Released Video Of Dylann Roof At Church With Gun Is Chilling, Ghostlike