President-elect Donald Trump secured the Radio City Rockettes to perform at his Jan. 20 inauguration, an event that should be an honor and privilege to perform at. Unfortunately, it was only a matter of time before at least one dancer was not happy with the decision.

Rockette Phoebe Pearl said in an Instagram post Thursday night that she was “embarrassed and disappointed” to appear at the event. “I usually don’t use social media to make a political stand but I feel overwhelmed with emotion,” Pearl wrote. “Finding out that it has been decided for us that Rockettes will be performing at the Presidential inauguration makes me feel embarrassed and disappointed.”

Pearl also said she felt uncomfortable about the performance because of Trumps history with women and language.  “The women I work with are intelligent and are full of love and the decision of performing for a man that stands for everything we’re against is appalling,” she wrote. “I am speaking for just myself but please know that after we found out this news, we have been performing with tears in our eyes and heavy hearts #notmypresident”

According to Broadwayworld.com, the Rockettes were sent an email by their union that told them they were not able to “boycott” the event. “Everyone is entitled to her own political beliefs, but there is no room for this in the workplace,” the email read. 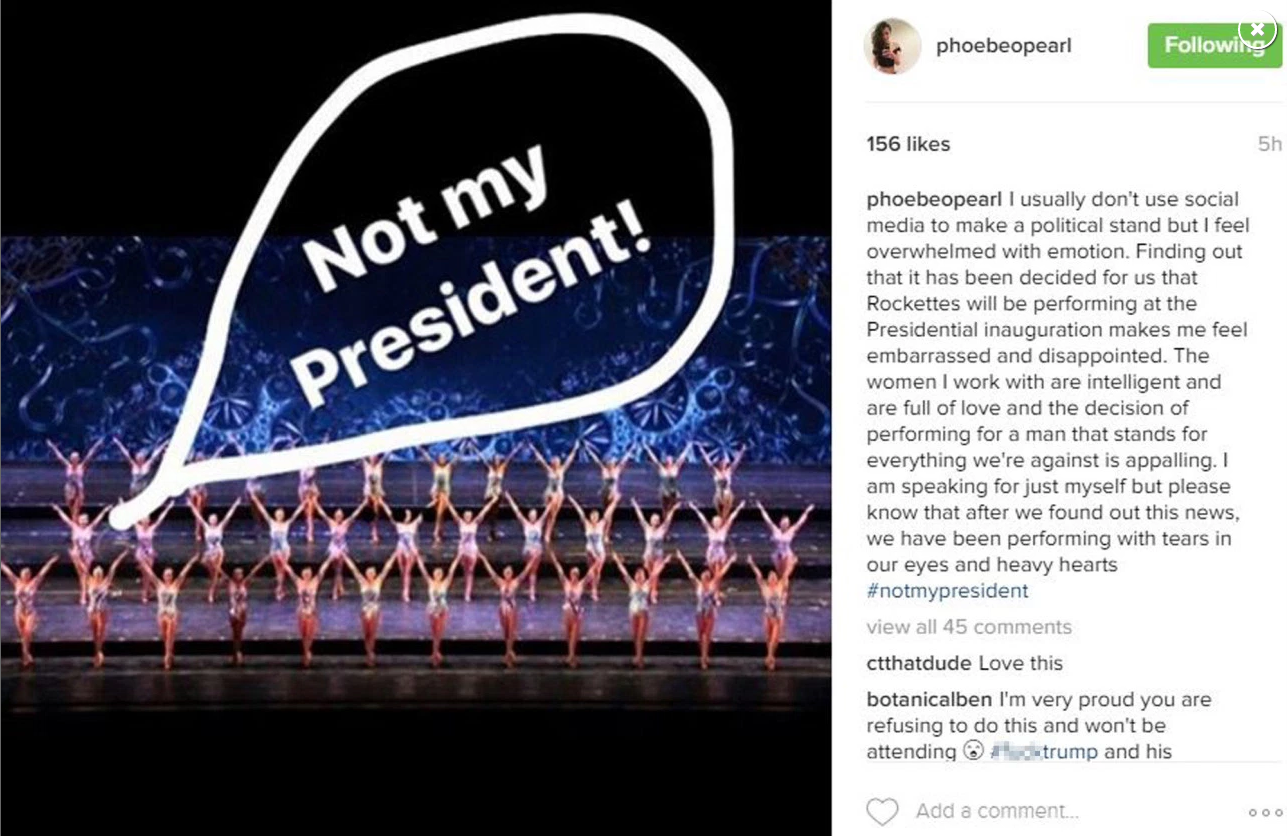 
Previous [RAW FOOTAGE] ISIS Sends Warning To Turkey, Shows Them What They Do To Their Enemies