Since Election Day, one of the favorite pastimes of the media has been to catch a glimpse of the person who was expected to be our President-elect. Following her shocking loss to Donald Trump, Hillary Clinton has largely stayed out of the public eye, making only a handful of appearances, such as Harry Reid’s portrait unveiling and a party for the millionaires who donated to her campaign.

With that in mind, we’ve been left largely with images snapped of Clinton by those who live in Chappaqua, New York, where Hillary resides. We’ve seen photos of her shopping and walking in the woods, and that’s about it. Saturday Night Live even made fun of this by doing a skit titled ‘The Hunt for Hill’ this month.

Well, today we got another candid image of Clinton, this time of her eating breakfast at the Mohonk Mountain House in upstate New York. And she looked a bit down. 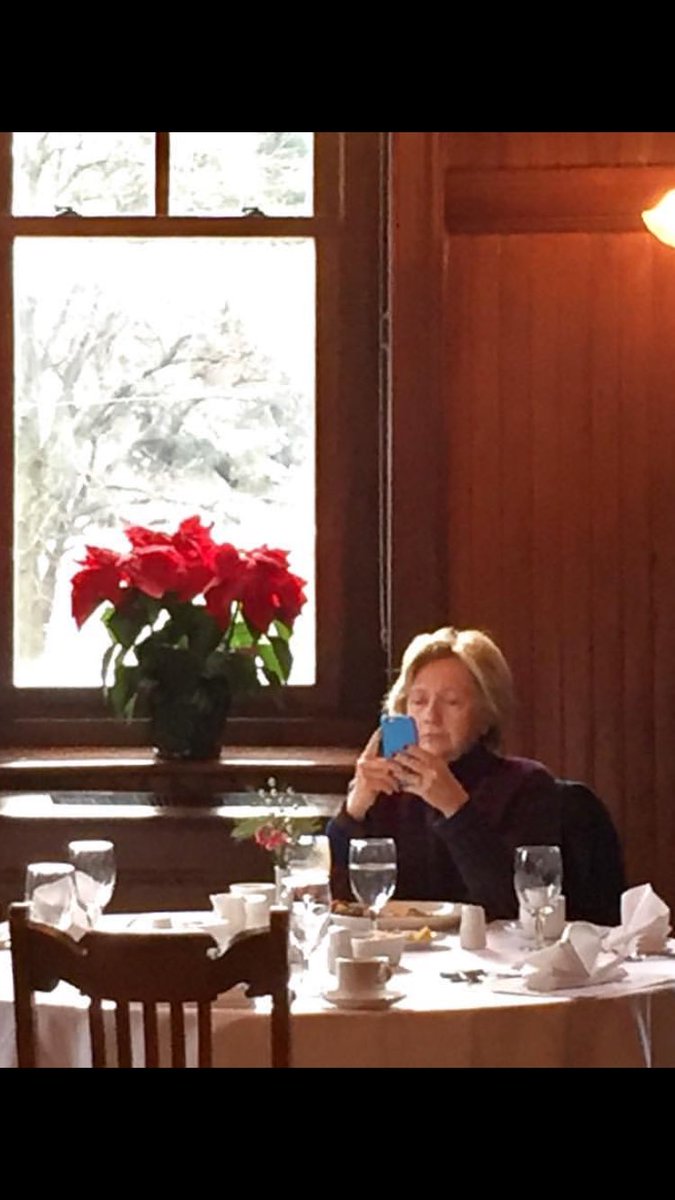 The New York Times’ Carolyn Ryan noted that the picture was taken by her ex-colleague, Mike Smith. Besides looking, well, sad, Clinton looking at her phone also led some to make jokes about emails and reference the famous image of her checking her phone as Secretary of State.

Previous After BIG PHARMA Failed Them, Parents Risk Everything to Save Daughter’s Life