This IS NOT the Tomi Lahren we have come to know and love!

She is called a “Conservative hot take queen.” She broadcasts on Facebook and millions tune in to listen to her bash liberals and snowflakes and other modern absurdities.

Many do not know that Tomi Lahren got her start at the University of Nevada Las Vegas. Turns out she had a pretty good time there and in many ways was not all that different from other raging college kids.

Fortunately, for us, Tomi addressed some of the changes that have occurred since her college days, and we will get to that later. First, lets see a few of the things that Twitter found:

Tomi, in college, hosted & served as a panelist on “The Scramble,” a show in the journalism program, before she squawked for a living. pic.twitter.com/E5bnOpntUs

What happened to Tomi’s view of “snowflakes?”

In 2017, Tomi calls everyone snowflakes and fragile. But in 2014, Tomi hosted this civil discussion about slurs and their place in society. pic.twitter.com/ed31Be9e5k

Here she is recently:

For the snowflakes. Hey it’s okay, if you had fun, you won! See you at the inauguration of our 45th President of the United States: Donald J Trump. Xoxo #TeamTomi #snowflakes #❄️ #maga #participationtrophy

Tomi’s favorite hobby in 2016 was calling climate change “bad weather.” But in 2014, she said it was an agreed-upon scientific consensus. pic.twitter.com/0PkMPVNfMD

Tomi won’t mention the words “gun control” without blaming Islam. But she calls it a multi-dimensional issue here, with no mention of Islam. pic.twitter.com/evDEUVbdPc

Hmmm. Here she is recently, again: 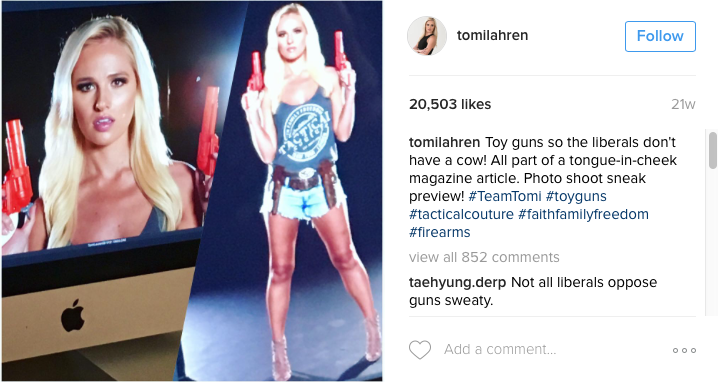 This isn’t just growing up & changing her opinions. It’s called getting hired to a propaganda machine, selling out and lying. #GrowUpTammy

Wow, that is a harsh view!

Is Tomi a hypocrite or has she grown up and changed the way the most of us have?

Next DNA On Mars? MIT Scientists Are Checking