A woman was shocked to receive a string of creepy messages after trying to sell a few dresses on eBay.

Katherine Macpherson said she was stunned when she started receiving messages from men on the auction website because of revealing photos that went along with the items she was selling. 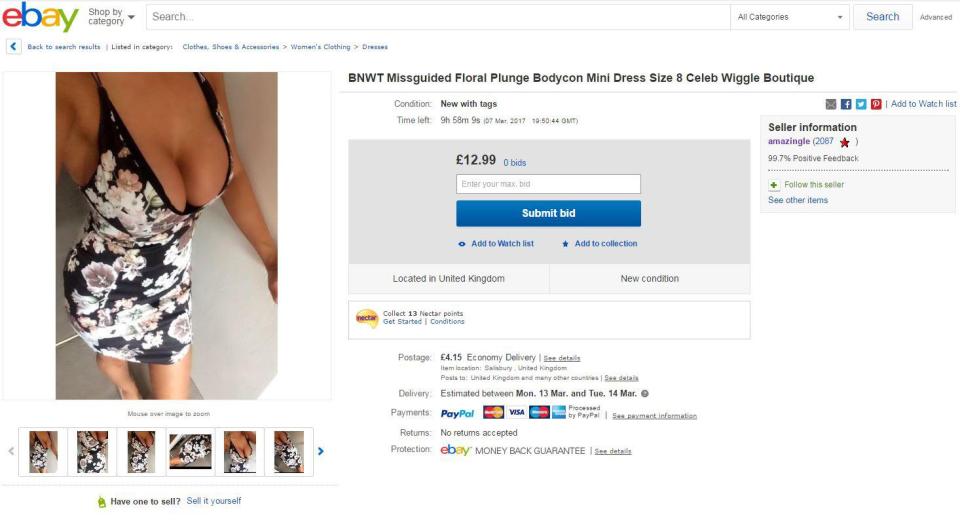 “I’m not ashamed of my body,” she told The Sun. “I don’t cover up but people should control themselves.”

Some of the messages, she said, include photos of men’s genitals. She receives up to 20 disturbing messages per day. One of the messages read, “Wow!!! Do you come with the item!! Text me [we’ll] have some fun…”

“I have approached eBay about this constant stream of harassment but they make it extremely difficult to report other users for this kind of [behavior],” she said.

“One person who sent me several unanswered messages and then became more insistent before sending me a picture of his penis was on my blocked bidder list and should not have been able to contact me but somehow still managed it. I reported him and was informed by eBay that if they received any more complaints from other users they may consider suspending his account.”


Macpherson said she is the target of a group of men on the site that look for women who sell clothing.

“One bloke said he was looking for parts for his tractor when he came across my listing. I was told by someone that my account has been shared on a lads’ Facebook page.”

Macpherson, a mother of two who has been with her partner for over a decade, said she wishes eBay would tighten up their security measures and allow people to be able to block other users.

“There is sexual harassment that is being ignored and virtually condoned. eBay need to do more to ensure that their users are protected from this kind of bombardment. I sell dresses and other clothing which I think is better marketed by being pictured worn. The eBay community’s answer to this is that because I use myself as my model that ‘I’m asking for it’ and ‘what do you expect.’”

eBay released a statement to The Sun, saying it was investigating the situation.

Many readers reacted strongly to the story, saying that they felt as though she knew what she was doing when she took the revealing photos.

“She knows exactly what she’s doing when she has her boobs hanging out of a dress she’s trying to sell. She must think we’re all stupid,” one Daily Mail reader commented on the site’s Facebook page.

“I’m all for women that want to dress liberally and not being antagonized, but some of these pictures clearly show more breasts than dress, I’m pretty sure she knew what she was doing,” another added. 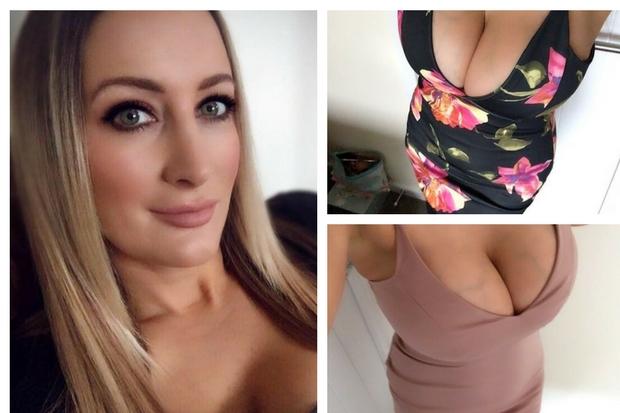