My friend and I had dinner at a unique (albeit disappointing) BBQ rib “joint” Friday evening. But it was a brief conversation that I had with Christians who believed themselves to be conservatives that I found worse than the meal. They, like so many others, were blind to the reality of the political “game of thrones” ergo they believe themselves sufficiently knowledgeable to understand the political machinations controlling their votes and their opinions.

The obvious difference between the Democrat Party and the Republican Party is that one has an ass for an “avatar” (using the Hindu definition of same), and the other has a pachyderm for a logo born out of an 1874 Harper’s Weekly cartoon depicting Republican voters fleeing an ass clothed in a lion’s skin. Today, just as in said cartoon, Republican voters are still being frightened away from the truth. Thus we witness two very distinct tactical applications employed to mislead the voters and sustain the personal interests of politicians and their handlers.

Democrats employ a Hegelian Dialectic approach. They either create a problem or seize upon one, then pretend to react, i.e., respond to the problem by instituting a solution that they have already predetermined.

The attack on a personal right such as cigarette smoking is a classic example. John F. Banzhaff III is the murky figure responsible for making lawyers rich and depriving us of our Constitutional right to the pursuit of happiness, and giving Democrat cultural Nazis the power to control our behavior. 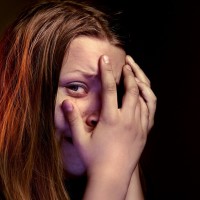 Banzhaff’s goal as the lead figure of a legal think group was to come up with class action lawsuits that would bring huge fees which would, of course, benefit Democrats since 90 percent of lawyers contribute to Democrats.

And it worked like a charm; exploit and embellish the truth of smoking related diseases and cigarettes ergo the problem. Create a crisis and public outcry based upon a totally manufactured concern and then respond with a predetermined solution, i.e., lawsuits, increased cigarette taxes, and the denial of our right to enjoy life under the guise of government looking out for our safety. All of which was intended to acclimate citizens to the gradual pernicious sublimation of their Constitutional rights.

There is certainly no better example of the Democrats’ strategic use of Hegelian Dialectics than obamacare. Democrats since Jimmy Carter have tried to implement a socialized form of healthcare. But it was Obama who used the lies created by Carter and Hillary Clinton to manufacture a problem for which the public supposedly demanded a resolution, which led to Obama and the Supreme Court depriving citizens of their right to self-determination.

Democrats continue to use gun crimes, illegal aliens, so-called women’s rights, and a plethora of other manufactured problems that lead to public demands for a solution that they have already predetermined.

Republicans utilize demagoguery and fear tactics that the GOP establishment has used to cement their mobocracy. And to date it has worked like a charm, which makes the pachyderm as a logo most fitting.

Republicans are not our friends any more than Obama, Hillary Clinton, Al Gore, or John Kerry, but until recently they haven’t found it necessary to change their tactics to control voters given over to supination.

Republican voters were led to believe that they were involved in the process when in reality they have been led through the nose since the post President Reagan years with the fallacious idea that if we do not vote for a bad Republican, a bad Democrat would win. So-called “conservatives”, (an assignation most are clueless pursuant to the true meaning), rewarded the lowest dregs of humanity with election and reelection because of sound bites they’ve heard on Fox News.

After all, as the reasoning has become engrained in said voting block, they might not be your first choice or even the best, but if the base doesn’t vote for them, bad Democrats will win. The conservative base held its nose more times than not and the tactic worked until 2010.

But with the Tea Party and then Herman Cain the Republican establishment knew the days of using fear to elect and reelect the likes of John Boehner, Mitch McConnell, John Cornyn, et al were threatened. Hence, under the leadership of Karl Rove and Reince Priebus they resorted full out ad hominem attacks. They have sought to alienate the Tea Party by using the NAACP to beat the racism drum and by conveniently finding liars and frauds to drive Herman Cain from the 2012 presidential race.

Since that time they have ratcheted up the threats and attacks to unparalleled levels. Rove and McConnell have led a scorched earth policy against all Tea Party candidates. If Michael the Arc Angel or even our Lord Himself ran for office as Tea Party candidates, the Republican establishment would viciously attack them.

The Democrat Party has always represented that which was antithetical to our personal freedoms, the pursuit of happiness, and our Constitutional rights. But since President Reagan the Republican Party has shown itself to not just scorn the will of We the People, but shown themselves committed to the total destruction of any candidate who argues in favor of the will of the people.

The question is: Are We the People prepared to fight that which I argue is the greatest threat to our freedom since the Crown of England? It cannot be done by allowing the establishment to destroy candidates we support and predetermine candidates for us.

That means, unlike the person I spoke with Friday, it is time for so-called conservatives to stop allowing scare tactics to control us.

Next Thug Aims Gun At Cop’s Face, Pulls Trigger — Not Realizing It Was Empty