By now, most of you have seen the video of  Caleb Wadnad saving a bunny from the California wildfire. It was an act of kindness that could have led to his own injury. The video touched a lot of hearts but it also caused a racist black writer to get touched in the head. Damon Young, who is by far not the sharpest tool in the shed, who writes for GQ.com and the digital magazine Very Smart Brothas (VSB) made an incredibly stupid comment in saying that watching Wadnad save the bunny shows exactly what is wrong with whiteness. Young claims that the selfless act proves that whites care more about animals than they do about blacks. I went back and watched the video several times and for the life of me, I couldn’t find the black person who needed saving.  Did you?

From The Daily Caller

The article called “The Video of the Man Saving the Rabbit From the Fire Captures Everything Wrong With Whiteness in 30 Seconds,” filed under the category “WHITE PEOPLE” makes the argument that Wadnad rescuing the bunny from flames shows that white people care more about animals than African-Americans.

Wadnad’s dramatic rescue depicts, “everything good about humanity,” Young writes. “But when witnessing the act and the fawning over the bunny rescue, I can’t help juxtaposing the feelings expressed about this bunny with the feelings generally expressed when black people are in grave danger.”

Ed Dunn a black writer for Medium is no fan of Young’s either. He thinks that Young is a tool; 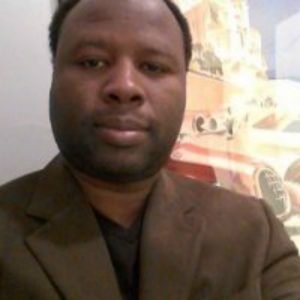 On a bigger picture, Gizmodo is among many white-owned media operations currently engaged in a racist negative narrative against us African-American men where they try to portray us as either emasculated, violent or not desirable to our black women. Keep in mind, this is not Fox News or Republicans or Conservatives, these are the Democrat Party Liberal types who are running these negative propaganda campaigns against African-American men like me where Gizmodo is actively supporting, paying and promoting self-hating black-against-black people like Damon Young to write petty race-baiting content every day to make us African-Americans look bad or trivial or irrelevant to the world around us. Furthermore, Gizmodo uses advertising from Toyota to fund these bigoted racist rants as if Toyota as a corporation sponsors or endorse the bigoted content Very Smart Brothers engaged in.

Here is the racist video that Damon Young calls racist:

Next Strzok and Andy McCabe Plotted To Keep Trump From Winning..This is a Real Game Changer