Democrats have all but given up hope of forcing Republicans to allow them to present their hearsay testimony and irrelevant records. As the White House prepared to resume testimony on Monday, House Impeachment Managers are pinning all their hopes on one last ditch effort to get John Bolton on the witness stand. They accomplished a major feat of social engineering to set up a situation where they can hold Bolton over the heads of Republicans like the sword of Damocles. Fortunately, it doesn’t look like it’s going to work.

On Sunday night, far-left leaning New York Times printed leaks from President Donald Trump’s former national security adviser’s upcoming book, specifically to pressure Republicans to call him as a witness. Immediately, network media started laying the guilt trip on hot and heavy. “All of the attention will be focused on the Republican senators sitting in the chamber and how they react Sunday night’s New York Times bombshell,” CNN writes.

Adam Schiff couldn’t wait to get in front of a CNN camera to peddle his extortion. “I don’t know how you can explain that you wanted a search for the truth in this trial and say you don’t want to hear from a witness who had a direct conversation about the central allegation in the articles of impeachment.” 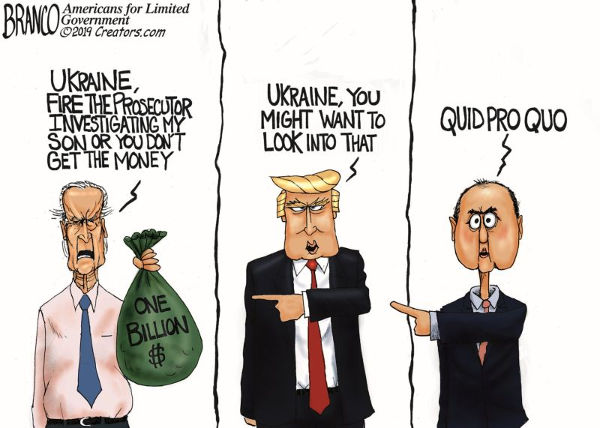 Bolton has been begging to testify for weeks. When the Senators refused to take his offer, he leaked his book, thinking it would force the Republicans to at least hear what he has to say. What the deep state wasn’t counting on is loyal Republicans. John Cornyn of Texas spoke for the vast majority when he hammered back, “aid did flow and the investigation never occurred, so we really are talking about events that never happened.”


Not only that, he reminds the Democrats, “Additional witnesses may be sought for both sides — I presume that the President’s team might want Joe Biden or Hunter Biden subpoenaed as well, and you can see how quickly this will begin to unravel and basically dominate all of the news leading up to and including the election.” Speaking of elections, Cornyn says Democrats should just forget about their plans to hijack it. “We have an election in nine months, I think it’s better reserved to the voters to make the decisions at this point.”

There are only two RINO’s open to allow dragging out the farce with witnesses, Susan Collins of Maine, and Mitt Romney of Utah. Romney is elated by the news, calling it “increasingly likely” that Bolton will testify even if nobody else does.

Democrats don’t have a single shred of real evidence and cannot even name a specific “crime” the president allegedly committed. They just don’t like the way he’s doing his job. In November, the voters will have their say. We love how he’s doing his job.