A former NFL player took to social media to express his disdain for the participation trophies his sons received, saying that they would be given back until they earned “a real trophy.”

“I came home to find out that my boys received two trophies for nothing, participation trophies!” he wrote.

“While I am very proud of my boys for everything they do and will encourage them till the day I die, these trophies will be given back until they EARN a real trophy. I’m sorry I’m not sorry for believing that everything in life should be earned and I’m not about to raise two boys to be men by making them believe that they are entitled to something just because they tried their best.” 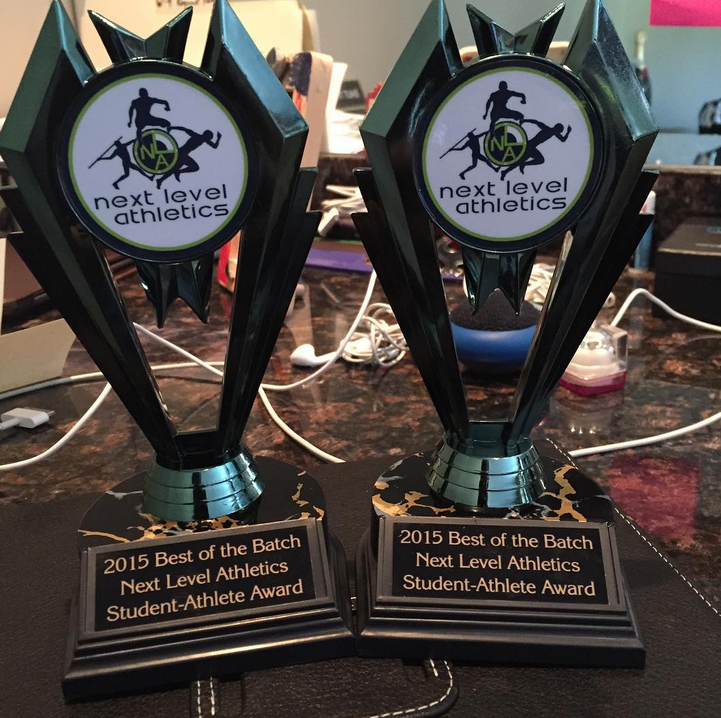 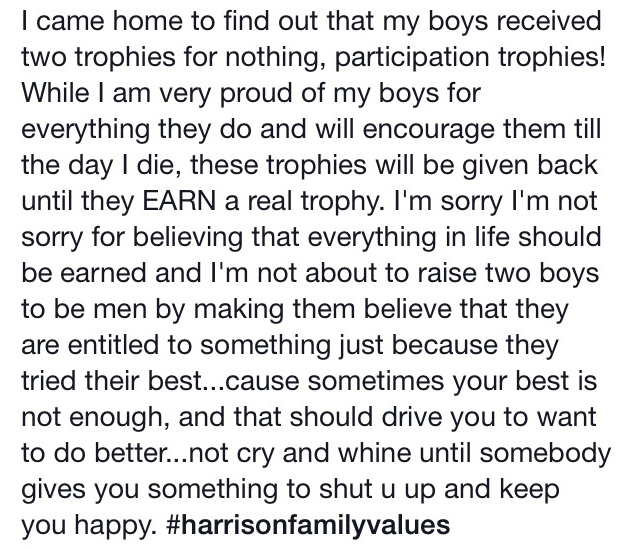 “Cause sometimes your best is not enough, and that should drive you to want to do better…not cry and whine until somebody gives you something to shut u up and keep you happy. #harrisonfamilyvalues”

Response on Reddit to Harrison’s post found many supporting the father’s decision to return the trophies. Others argued that the trophies were harmless and more of a representation of the game.

“I got participation trophies when I played hockey in the 90’s-00’s. They definitely didn’t make me feel like I won anything. They pissed me off. I threw them away, because they were just a reminder that I didn’t win lol. I was a bit competitive,” Redditor Doofiss said.

“So from my experience they are nothing new AND they don’t have the effect people are saying they have. To some people, like yourself, it’s just a neat memento. I don’t see anything wrong with that. Plus we totally should award kids for participating in sports. It’s good for them.”


Previous Liberals, start screaming: Chick-fil-A restaurant owner does the unimaginable to his employees