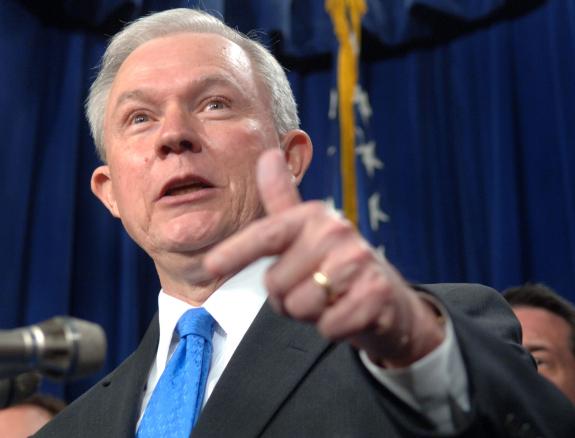 The report, sent out by a Sessions aide on Tuesday, gave specific information on over 30 Muslim immigrants who have recently been implicated in terrorist activities.

According to Breitbart Media, the Session’s Aide said that these 30 examples are just a “partial” list of immigrants recently caught conducting terrorist activity in the U.S.

In a joint statement, Jeff Sessions (R-AL) and Richard Shelby (R-AL), said, “Congress must cancel the President’s blank refugee check and put Congress back in charge of the program. We cannot allow the President to unilaterally decide how many refugees he wishes to admit, nor continue to force taxpayers to pick up the tab for the tens of billions of unpaid-for welfare and entitlement costs”.


Jeff Sessions (R-AL) is the chairman of The Subcommittee on Immigration and the National Interest.


Previous BOOM! Trump’s Primary Lead Larger Than Hillary’s – Larger Than Reagan’s in ’80 and Bush’s in 1988!