A Norwegian man named Claus Jørstad bought a chair from IKEA after having knee surgery so that he would be able to sit down in the shower, as standing was too painful. But what was meant to alleviate his discomfort ended up leaving him in a whole new world of hurt. 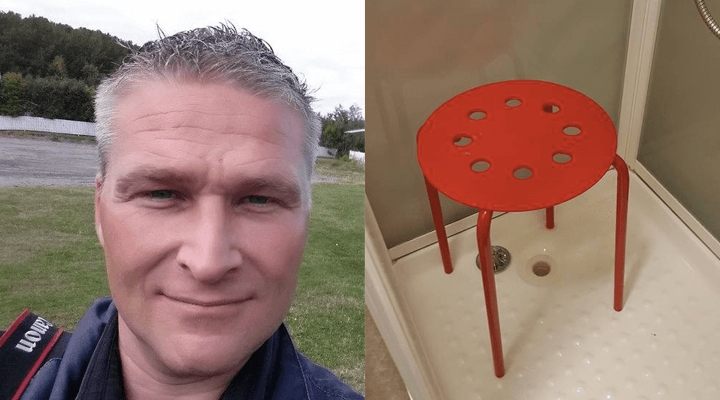 While sitting on the stool, the heat from the shower caused Jørstad’s testicle to expand, and it became lodged in one of the holes in his chair. 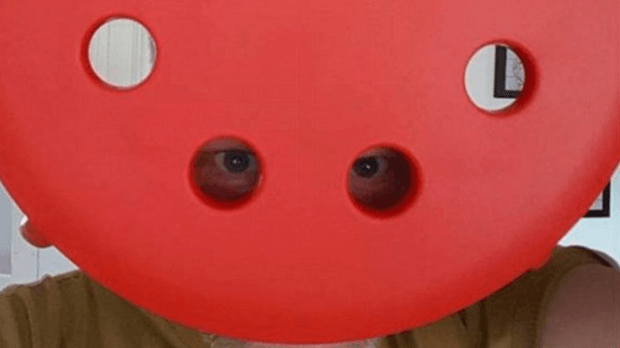 Helpless to free himself and unable to leave the shower, Jørstad began to panic.

“As you can imagine, the skipper is the captain down there, and the sailors are the two nuts that dangle,” he wrote on IKEA Norge’s Facebook page, according to MRC Blog. “But then, you are Swedish, and I know that you don’t like direct descriptions of genitals, so I will call them the skipper and his sailors.” 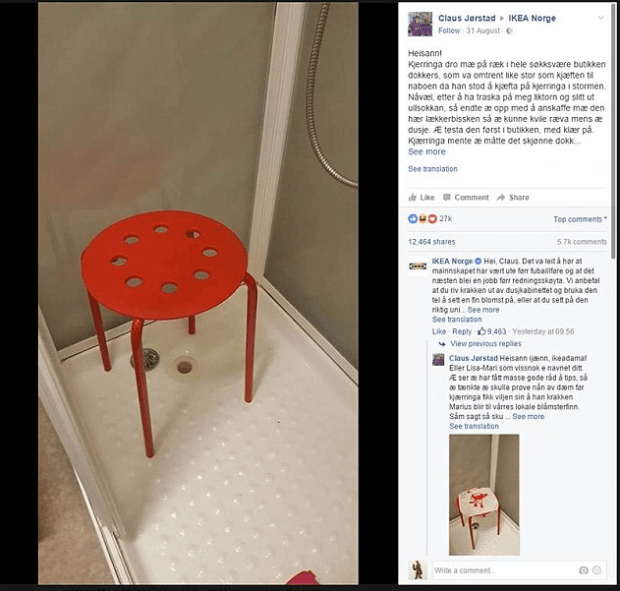 “Sitting there and noticing the accident, I bent down to see what the f— happened, I [realized] the little nutter has got stuck,” Jørstad recounted.

“I couldn’t f—ing move. Imagine an angry Irishman having an incident, cursing his way,” he continued. “And as I couldn’t move, I started pondering how the hell I was gonna get outta the mess. After a lot of pondering forth and back, I [realized] I had no bloody ideas. The water turned cold by itself, so I started freezing. The water got cold. Even more cold than my mother-in-law’s smile when I married her daughter.”

Fresh out of ideas, luckily, the cold water did the trick and caused Jørstad’s testicle to shrink and dislodge from the chair.

Fortunately, he was freed before he electrocuted himself…

IKEA responded to his message by saying, “We recommend that you take the stool out of the shower… or that you sit on it with the right uniform on and in the right setting. If you choose to keep it in the shower, make sure you are well dressed for your next sea excursion.”

Since his painful ordeal, Jørstad seems to have remedied the situation by placing a towel over his stool to preserve his testicles. 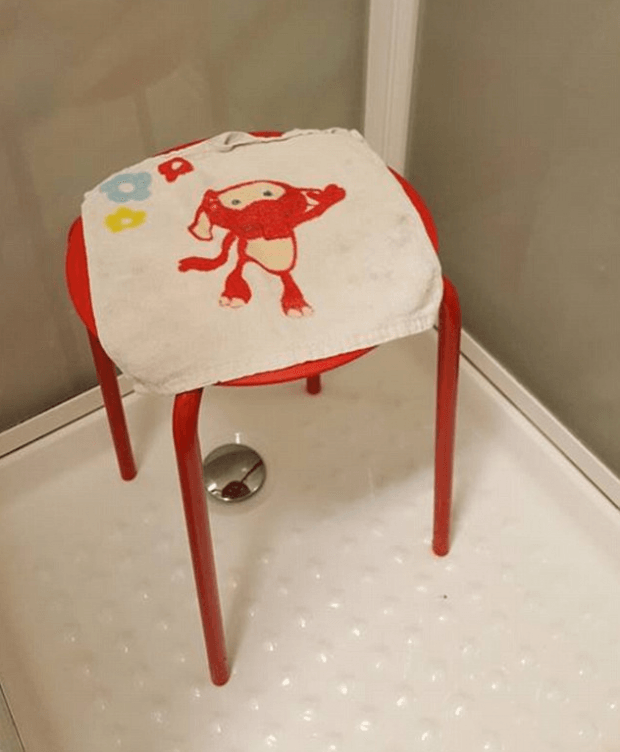