It sounds like quite the sensational headline, but I assure you, every bit of it is true…

The father of a 7-month-old baby girl who was raped reportedly chopped off the hands of her attacker in Punjab, India, before dumping him near a dried up canal in northern India. 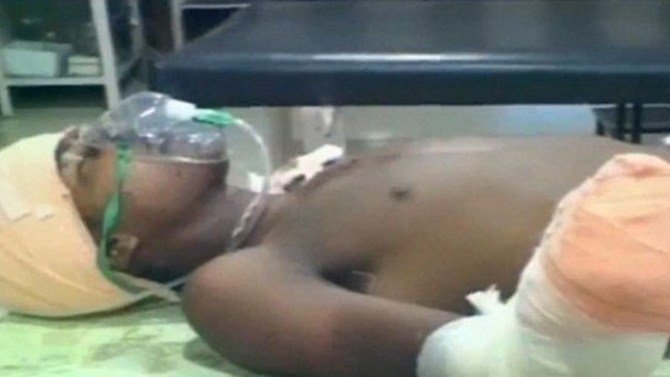 The girl’s mother allegedly walked in on the then-14-year-old attacker raping the baby girl. The now-17-year-old culprit was finally called in to court in Bathinda, but the case was deferred.

The victim’s father, Parminder Singh, decided to take the law into his own hands by offering to give the teenager a ride back home and discuss a resolution, according to Breitbart.

Instead, Singh, 25, drove the perpetrator to a canal, tied him up, beat the teen numerous times before ultimately cutting off his hands at the wrist and dumping him in the dried up channel.

“[Singh] took [the teen] near a dried up canal, beat him up badly and then tied him to a tree and finally hacked his hands off,” Bathinda police officer Swapan Sharma said. “There is nothing below the wrists now.”

Some villagers happened to be near the canal and heard the teenager’s screams. But by the time they had reached the bloodied 17-year-old, Singh had fled.

“Locals alerted police, and we rushed to the spot,” Sharma told the AFP. “We picked him up, his hands, and took him to the hospital.”

Do you think this teen got what was coming to him or was the little girl’s father way out of line? Have your say on this report in the comments section!