The talks had bee tense. ISIS was on the move. Countries like Libya still did not enjoy free elections. Dr. Kilari Anand Paul, a global peace ambassador and U.S. Citizen, witnessed a deal that could have altered world history.

After ten days of negotiations, in 2011, Libya’s President Muammar Gaddafi struck a deal with Obama’s State Department, which was, of course, headed by Secretary of State Hillary Clinton. The deal was witness by U.S. General Clark and Representative Dennis Kucinich.

All of the above signed the letter below on August 19, 2011. Gaddafi agreed to hold democratic elections as part of a larger effort to promote peace. He was ready to end his dictatorship of 42 years! 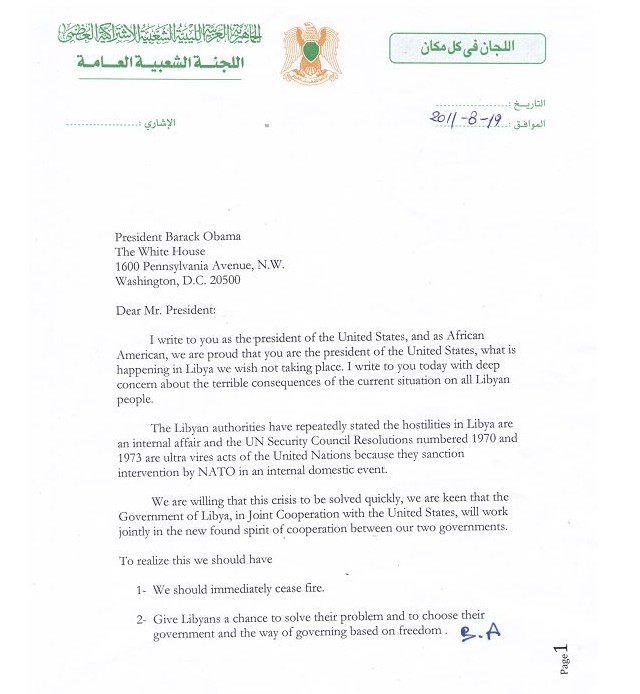 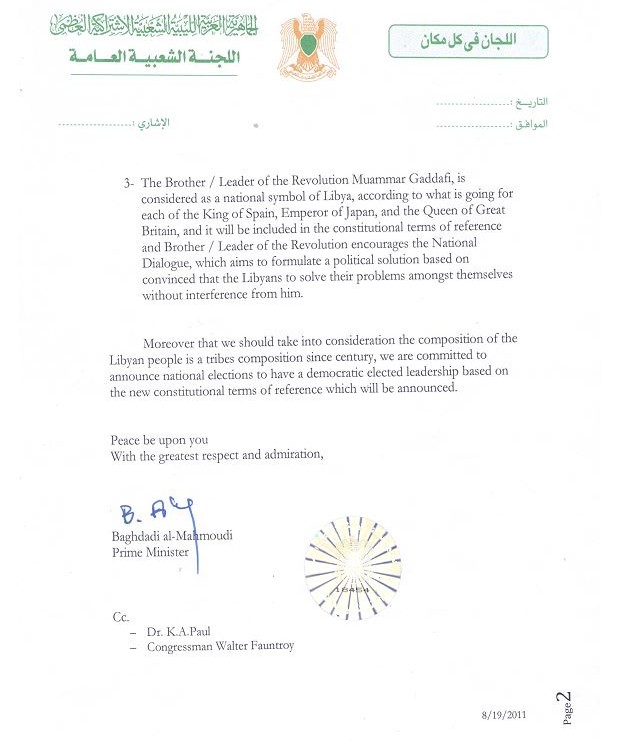 See below: “MILLIONS ARE SUFFERING…” 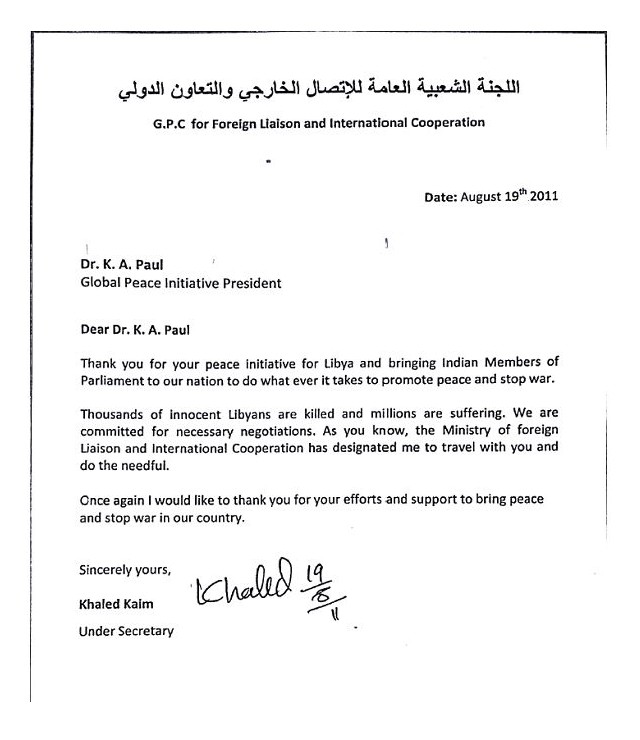 The peace deal would have saved thousands. Benghazi would not have happened. ISIS would not be in charge of Libya.

Unfortunately, there was a hidden problem in the deal.

Secretary of State Clinton wash Gaddafi dead. She had a grudge.

Dr. Paul has stated, “It’s well known in Libya that Gaddafi supported Obama over Clinton in the run-up to the ‘08 elections, despite the Clinton team approaching Gaddafi’s son, Saif al-Gaddafi, and asking the family to invest in Hillary’s campaign and foundation, which they did not.”

What did Hillary Clinton have to say about the affair?

Dr. Paul went on to say, “Her personal vendetta better explains her oddly giddy behavior when taking credit for Gaddafi’s horrifying death, as captured on video for the world to see. [This] is evidence of a pathology or mental illness.”

What do you think of Dr. Paul’s testimony and the leaked memos?

Could all of those deaths have been avoided?

Previous Groom Finds Something Under Bride's Dress, Decides The Best Course Of Action Is To Kill Her