Events which have unfolded in recent days paint a disturbing picture. Not only does the Federal Bureau of Instigation know exactly who the troublemakers are, it looks very suspiciously like they can prod them into attacking on cue.

The NSA may seem to be the only branch of government that really listens, but it’s no joke that the FBI is watching social media a lot closer than most Americans realize. They don’t do anything about what they find until the time is right for their own purposes.

The FBI infiltrated the chat rooms of “The Base” a long time ago. They knew all the key players and had a good idea what the right-wing extremist group was capable of. Suddenly, with a controversial Second Amendment Rights rally in the headlines, they pounce.

Jay Tabb, an official of the National Security Branch of The FBI, has some really spooky things to say about the timing. Seven men associated with the group were arrested in separate raids over four states, Delaware, Georgia, Maryland, and Wisconsin. Thankfully they didn’t put their tactical gear into use while the FBI wasn’t watching. Instead, they work out to be the perfect patsies.

“A big reason why we disrupted it now was based on the timing of the rally on Monday and the intent of some of the individuals to potentially conduct violent acts down in Richmond.”

Why did they wait until now to make a move? Who’s idea was it to go to Richmond, Virginia? Did the FBI informant, who was at the gun range with two of them when they tested their machine gun, make the suggestion?

That would make their department look so much better in front of the TV cameras than if they simply busted the men as they drove the newly tested weapon back across the state lines. 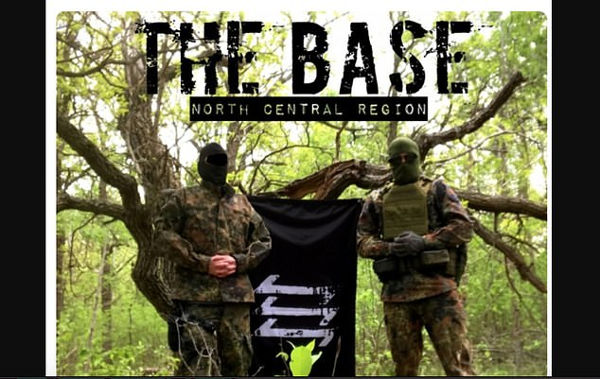 According to “an FBI agent who watched the men fire the weapon at a gun range,” Brian Lemley and Patrik Mathews “were in possession of what looked like a fully automatic rifle.” That was over two weeks ago, on January 2. According to the undercover rat, “Lemley told Mathews, ‘oh, oops, it looks like I accidentally made a machine gun.'”

That wasn’t any surprise because they already knew that “During December 2019, Lemley ordered an upper receiver and other firearm parts to make a functioning assault rifle with Mathews.” They could have arrested them then, but decided to wait until they could get more mileage out of the bust.

They already knew all the details of how Mathews illegally crossed the border in Minnesota on August 19, 2019. They knew that Lemley and Bilbrough drove all the way from Maryland to Michigan to pick him up. They also knew that they didn’t get back to Maryland until August 31. They didn’t bother to file any charges.

The FBI also turned a blind eye as they watched Lemley, Mathews, and third suspect William Bilbrough, put the general public in danger. They “attempted to make the controlled substance, DMT, at Lemley and Mathew’s apartment.”

To ring in the new year, “Lemley and Mathews bought around 1,650 rounds of 5.56 mm and 6.5 mm ammunition,” the informant writes in his affidavit, “and traveled from Delaware to a gun range in Maryland to shoot the assault rifle, get body armor, and retrieve ammunition from Lemley’s old residence.”

The only way the informant could know all that was to be in the car with them. That means he had to spew the same tasteless rhetoric as the others to blend in.

They just crossed state lines with an illegal machine gun, but the FBI let them carry it around for a little longer. Did the undercover agent have a better idea, like “hey, why don’t we go to the gun rally?” That kind of off the cuff remark never seems to make it into the tape recordings.

The FBI waited until Thursday to arrest 33-year-old Lemley, a former Green Beret cavalry scout in the U.S. Army and 27-year-old Patrik Mathews, an illegal alien and former combat engineer of the Canadian Army Reserve.

At the same time, they arrested 19-year-old Bilbrough. They don’t have much to charge him with but they say he’s a flight risk because he “repeatedly expressed a desire to travel to Ukraine to fight with ‘nationalists’ there.” His lawyer says that’s nonsense because he lives with his grandma and doesn’t even have a passport.

The timing could not have possibly been any better. They appeared in court the day after Virginia Governor Ralph Northam slapped down a State of Emergency, just so he could keep firearms away from a peaceful Second Amendment rally. The Circuit Court upheld the ban when challenged by the group sponsoring the rally.

Several thousand supporters of the right to bear arms are expected to turn out on Monday to fight back against stiff new gun laws. Rally sponsor Philip Van Cleave told CNN, “the group has been going to Lobby Day since 2003 to advocate for gun rights and hasn’t had any incidents of violence or issues.”

The FBI just alerted county cops that “the group was involved in recruiting new members online, meeting to discuss strategy and practicing in paramilitary training camps on a 100-acre tract in Silver Creek,” where the group allegedly had a “training camp.” How long did the feds know about all that before they had the local police step in? “The group is suspected of planning to kill a couple who they believed to be members of Antifa,” the affidavit said.

In Wisconsin, a seventh man, Yousef O. Barasneh, was arrested for allegedly vandalizing “the Beth Israeli Sinai Congregation in Racine, Wisconsin, by spray-painting swastikas and anti-Semitic words on the outside of the synagogue.”

All seven of these animals should have been put in cages long ago, but the FBI chose to watch them instead.


Previous OLD LETTER From Chuck Schumer Surfaces And Has Come Back To HAUNT HIM!