Complimentary to both NSSF members and non-members, this report utilizes data from sources such as National Safety Council and Centers for Disease Control and Prevention to highlight declining trends in firearms-related injuries and fatalities. 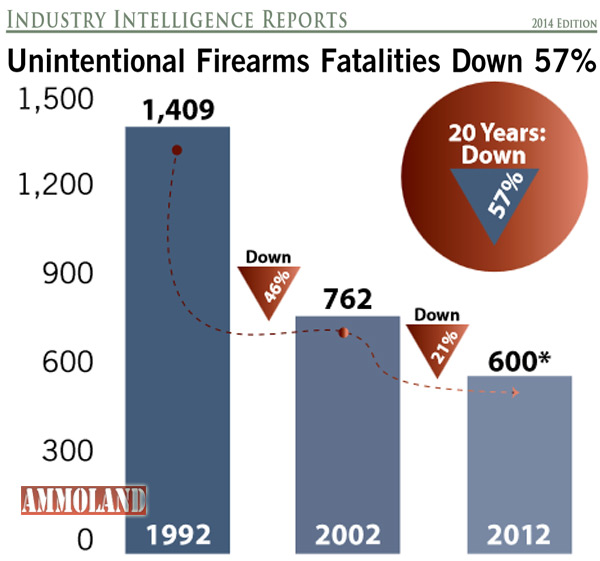 
Firearms are involved in fewer than a ½-percent of all unintentional fatalities in the United States. In a side by side comparison, firearms rank among the lowest causes of injury.

Read the entire report below.

About NSSF The National Shooting Sports Foundation is the trade association for the firearms industry. Its mission is to

promote, protect and preserve hunting and the shooting sports. Formed in 1961, NSSF has a membership of more than 6,000 manufacturers, distributors, firearms retailers, shooting ranges, sportsmen’s organizations and publishers. For more information, log on to www.nssf.org.