He’s terrified that “white nationalists and hate groups” will cause “violence, rioting, and insurrection.” At the very least, they’re expected to “intimidate and cause harm.”

American Thinker pundit Catherine Evans was quick to respond. She pointed out that “declaring a ‘State of Emergency’ and illegally denying citizens the right to carry on public grounds… is what tyranny looks like.”

Northam made sure to have plenty of law enforcement officials on hand at his news conference to make his unfounded fears seem more legitimate. Constitution? They don’t need no Constitution, they have badges. The “threat of armed militia groups storming our capital” they insist, “makes it necessary to impose a state of emergency.”

For nearly two decades, the Virginia Citizens Defense League has been holding an annual gathering on Martin Luther King day, “to peacefully assemble and lobby our elected officials.” The group is convinced that Northam’s ban is illegal. 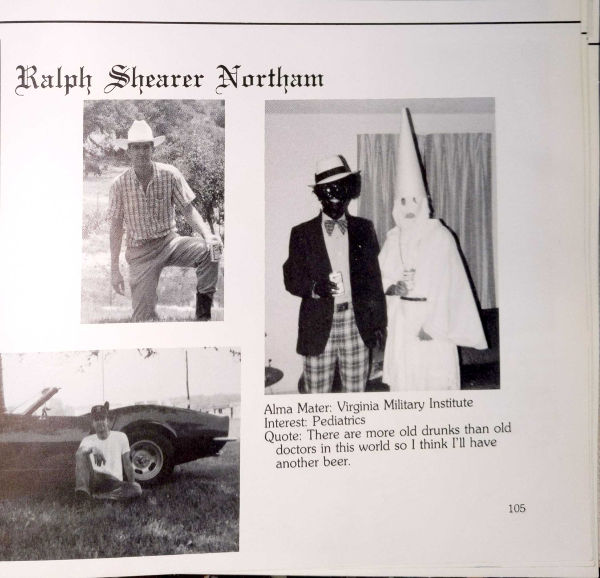 Northam has some controversial views of his own, having been caught up in a scandal when yearbook pictures of him surfaced in blackface, standing next to someone in Ku Klux Klan robes.

“Virginia Citizens Defense League believes that this gun ban is illegal. Our legal team is looking at our options”

The only difference this year, they say, “is that the crowd size is expected to be significantly larger due to the Democrat leadership’s promise to pass draconian gun control laws that would adversely affect law-abiding citizens while having minimal impact on criminals.”

The Governor used sketchy posts on a dark-web bulletin board to claim that “there has been credible intelligence gathered.” His hand picked examples vaguely suggest that “many of the participants” will only be there “to foment violence, rioting, and insurrection.”

VCDL pushes back strongly, noting in a statement, “The inflammatory rhetoric… leads us to wonder if they really want Lobby Day to go peacefully?”

Lobby Day, they promise, “is NOT about statues, flags, racism, sexism, or anything other than protecting the right to keep and bear arms for ALL law-abiding citizens.” They also make sure to emphasize that a rally isn’t the same thing as a protest.

“Yes, we hold a rally, but the point of the day is communication with our legislators. (Note that a rally is not the same thing as a protest.)”

“Democrats are afraid of the voters and want to portray this peaceful assembly of law-abiding gun owners in the worst possible way. They would love for it to degenerate to ‘violence, rioting, and insurrection’ in order to smear gun owners.”

Group leaders are wondering if the progressives have gone as far as inviting “violent groups to attend for the purpose of disrupting our peaceful assembly?”

Rally organizers are just as concerned with keeping the peace as the Democrats are. They strongly advise, “IF YOU SEE A BAD ACTOR flag down a police officer and point it out. If someone tries to provoke you, smile and walk away.”

There’s a good chance that someone is “secretly recording the interaction, with the intent of capturing some kind of inappropriate reaction,” so “don’t take the bait.” Just point out the instigators to the police.


Previous The Neighbors Kept Hearing Screaming, What The Police Saw Made Them VOMIT!