A former police officer of Coral Springs, Florida, is walking free today when he should be locked up for the rest of his life. Today, he’s walking free.

During the first hours of July 16, 2011, Pete Munoz, who was then a police officer in Coral Springs, Florida, was driving so fast that he wasn’t able to avoid hitting Jennifer Gutiérrez, 24, as she made a turn at an intersection. Munoz was drunk when he slammed his car into a young mother’s car, which killed her a short while later. 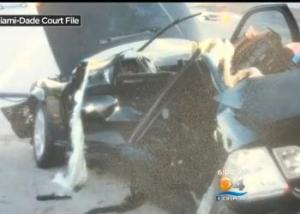 Munoz’s blood-alcohol level was .228, nearly three times the legal limit, but his lawyer was able to prove that the blood sample wasn’t taken legally, so the evidence was barred from court and the DUI manslaughter charge was dropped.

This Wednesday, he was cleared of his vehicular manslaughter charge after a judge found there was insufficient evidence to proceed with prosecution. Munoz, who lost his job shortly after the incident, didn’t speak with reporters as he left the courtroom.