Back in July the Washington D.C. ban on concealed and open carry of handguns was struck down by U.S. District Judge Frederick Scullin as unconstitutional. As a result, the DC City Council reluctantly voted to approve concealed carry, giving the power of writing the rules and regulations to the Washington D.C. police. Now, those rules have been written and they’re impossible to follow. 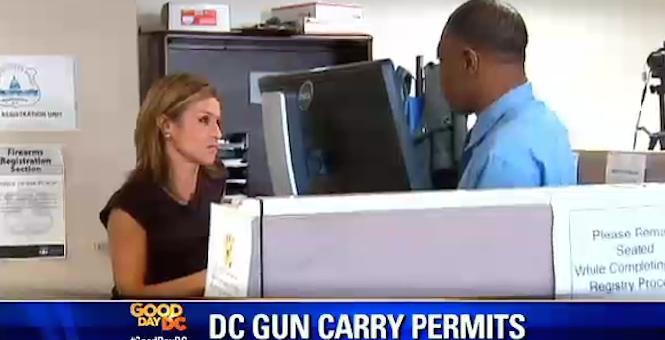 Investigative reporter Emily Miller and author of Emily Gets Her Gun has started the process of applying for a concealed carry permit in the District.

What she has found so far about the process is enraging. “You have to prove you need concealed carry as opposed to just wanting one,” the police employee said.

Prove a need for a constitutional right? That’s what D.C.’s new law says.


To make things worse, during an interview a D.C. police department employee essentially argued that Second Amendment rights don’t apply in D.C. because they were written “for when the British were coming.”