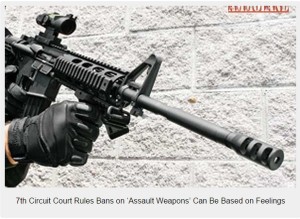 On April 27th, a stunning 2-1 decision was published that upheld a City of Highland Park, Illinois ordinance (§136.005 of the City Code), prohibiting the possession of so-called “assault weapons” and “large‐capacity magazines.”

[a]nother constitutional principle is relevant: the Constitution establishes a federal republic where local differences are cherished as elements of liberty, rather than eliminated in a search for national uniformity. McDonald circumscribes the scope of permissible experimentation by state and local governments, but it does not foreclose all possibility of experimentation. Within the limits established by the Justices in Heller and McDonald, federalism and diversity still have a claim. Whether those limits should be extended is in the end a question for the Justices. Given our understanding of existing limits, the judgment [of the trial court, which held that the gun control ordinance was constitutional] is AFFIRMED.

Adding insult to injury, the majority found that “[i]f a ban on semi‐automatic guns and large‐capacity magazines reduces the perceived risk from a mass shooting, and makes the public feel safer as a result, that’s a substantial benefit.”

In his dissent, Judge Manion found that


[b]y prohibiting a class of weapons commonly used throughout the country, Highland Park’s ordinance infringes upon the rights of its citizens to keep weapons in their homes for the purpose of defending themselves, their families, and their property. Both the ordinance and this court’s opinion upholding it are directly at odds with the central holdings of Heller and McDonald: that the Second Amendment protects a personal right to keep arms for lawful purposes, most notably for self-defense within the home.

Unlike public life where the cities and states have broad authority to regulate,the ultimate decision for what constitutes the most effective means of defending one’s home, family, and property resides in individual citizens and not in the government. The Heller and McDonald opinions could not be clearer on this matter. Heller, 554 U.S. at 635; McDonald, 561 U.S. at 780. The extent of danger—real or imagined—that a citizen faces at home is a matter only that person can assess in full.

To be sure, assault rifles and large capacity magazines are dangerous. But their ability to project large amounts of force accurately is exactly why they are an attractive means of selfdefense. While most persons do not require extraordinary means to defend their homes, the fact remains that some do. Ultimately, it is up to the lawful gun owner and not the government to decide these matters. To limit self-defense to only those methods acceptable to the government is to effect an enormous transfer of authority fromthe citizens of this country to the government—a result directly contrary to our constitu-tion and to our political tradition. The rights contained in the Second Amendment are “fundamental” and “necessary to our system of ordered liberty.” McDonald, 561 U.S. at 778. The government recognizes these rights; it does not confer them.

Judges Easterbrook, Manion, and Williams were appointed by President Ronald Reagan. The complete decision can be viewed or downloaded here:

1. This decision underscores the need for the United States Supreme Court to grant certiorari in Jackson v. San Francisco. The Second Amendment is bleeding out on the table….and most lower courts seem to be perfectly happy to watch it die in its infancy.

2. This decision does not bode well for challengers of bans that are similar to that in Friedman v. Highland Park. Don’t be surprised if you see more state and local governments use cases like Friedman and Fyock v. Sunnyvale as cover to pass sweeping new bans in the next few years.

3. If this is what the federal Right to Keep and Bear Arms is going to look like in practice, then it seems plausible that thousands–and possibly millions–of law-abiding gun owners in “battleground states” will move their lives and families to “free” states in the coming years to avoid criminal liability and loss of property for simply being a gun owner.

4. It seems equally plausible that thousands–and possibly millions–of gun owners in “battleground states” will simply ignore the law and take their chances, leading to the unfortunate (and devastating) arrest and prosecution of otherwise good and peaceful people. 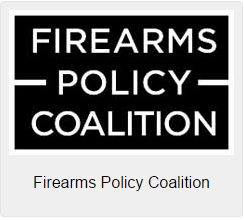