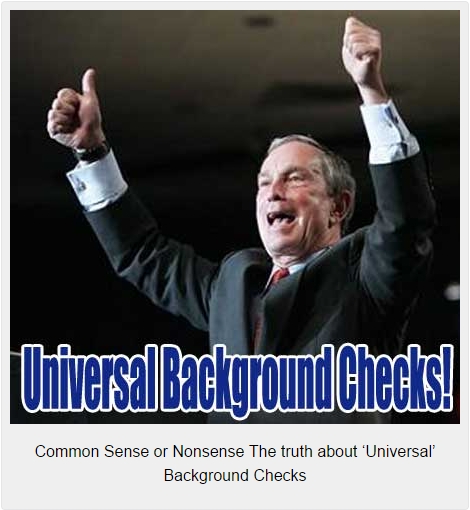 With all the pressure from Bloomberg’s Million Moms and assorted new groups every week to implement “universal” firearm background checks, I would like to add an opinion.

As a retail firearms dealer, I have been dealing with the Brady background check system every day for the past 20 years. The question is, do background checks actually reduce violent crime?

First we need to look at who avoids the checks.

There is no data at all to show that honest citizens are avoiding background checks so they can commit crimes. That is an absolute assumption based apparently on zero actual research. From that made up belief, the left concludes that if everybody gaining possession of a firearm had a background check, crime would go down. In the real world that only works if criminals and the insane among us actually submit to background checks and do not go on to obtain guns by other means when rejected!


The reality here on the ground is those who avoid the checks by buying from private parties fall into three general categories. Actual criminals who are prohibited from having guns by law, people who just don’t want their names on a government gun owner list and those avoiding the added expense of the taxes, fees and waiting time imposed by the background check process.

The first group, criminals usually obtain street guns from other criminals or steal them in burglaries. They do not submit the background checks because they will fail and probably get arrested. Criminals already do NOT obey the law, so can we reasonably expect them to follow any background check requirement?

There is even a Supreme Court case on that point, U.S. v. Haynes in 1968, that doing so would violate the criminal’s rights against self-incrimination.

Criminals commonly hire, less than scrupulous, clean straw buyers, who pass any mandated checks with ease and then transfer the firearm to the real buyer. That of course is also a felony on the part of the straw buyer. Another gun criminal created! 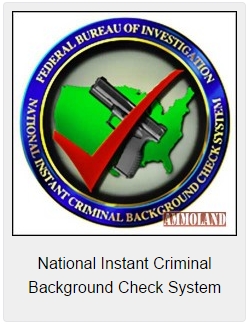 A far larger group of buyers are those who simply don’t want the government to know they own a gun. Several states are now comparing their lists of gun owners with old traffic warrants or medical records for marijuana, alcohol treatments and the like.

Citizens who are not obtaining guns for use in violent crimes present no danger to anyone if just left alone.

With laws changing almost daily that reclassify firearms, magazines, stocks or grips retroactively to illegal status is a huge challenge. Citizens are often finding that something was legal when purchased and now the law has changed. Suddenly possession of their firearm or a part for it is a crime! Hardly a week goes by in my shop that some customer asking for information discovers that something he already owns where he lives has become illegal.

In these times, there are lots of rational reasons people avoid being on the government gun owner list!

The far highest percentage of background check avoiders are honest citizens voting with their wallets and saving waiting time. Citizens buy from private parties because those sellers don’t charge sales tax or collect the state fees required at licensed gun shops. When the Brady law passed Congress, it was ordered in the law to be free and it is for many states. However states are allowed under the rules to charge for local background checks and my home state of Nevada does exactly that. So buyers here in Nevada pay over 8 percent in sales tax and a flat $25 extra to the state for a background check. Buyers are exempt from the $25 fee if they have a Nevada Concealed Firearm Permit, but Nevada charges $100 for one of those. Nevada gets gun buyers money either way. So lots of citizens shop within their budgets and find private sellers. These are not criminals but simply people who don’t have a lot of extra money to throw away. [In fact these fees hurt the very poor and create substantial hurdles that may prevent them from exercising one of their constitutionally protected rights.]

Nevada fees and time required are mild compared to some states. In some locations [read, New Jersey] the paperwork, fees and time for “legal” sales are draconian at best. Months of waiting when “applying” to purchase a firearm and hundreds of dollars in permit fees.

Is it any wonder that citizens in fear of criminals don’t want to wait months to discover if they are allowed to obtain a self-defense firearm?

Again, there is no data at all that shows these frightened victims are committing violent crimes. They are unfortunately, committing paperwork “crimes” in order to have a firearm to defend their families.

So how will “universal” background checks reduce crime?

Again, the Bloomberg campaign presents no correlation between background checks and violent crime at all. They make the ridiculous assumption that honest citizens who avoid background checks actually go out and commit physical crimes. Only fools believe that the violent and crazy among us are prevented from firearm possession by background check laws. There are also no studies whatsoever that show actual criminals who fail their Brady check did not obtain a gun anyway. 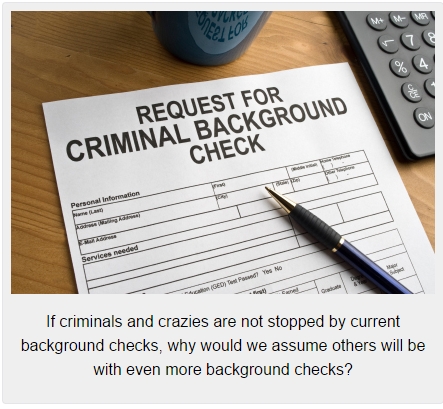 If criminals and crazies are not stopped by current background checks, why would we assume others will be with even more background checks? Many politicians who have never spent a minute behind a gun shop counter actually dealing with this system, seem to think additional laws are a solution. The reality on the front line is that psychopaths, criminals and terrorists will not respect any background check law.

Locking up violent individuals actually prevents crime but more laws only make it difficult for innocent citizens to defend themselves. My opinion remains that universal background checks will protect absolutely no one from criminals or crazies but certainly will disarm an increasing number of their victims. 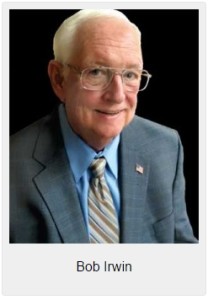 The writer is the owner of The Gun Store in Las Vegas and has a gun talk radio show “Fired Up with Bob Irwin” on Saturday nights at 6:00 PM Pacific Time at www.KDWN.com/streamer/


Previous American Republic On a Fast Track to National Ruin