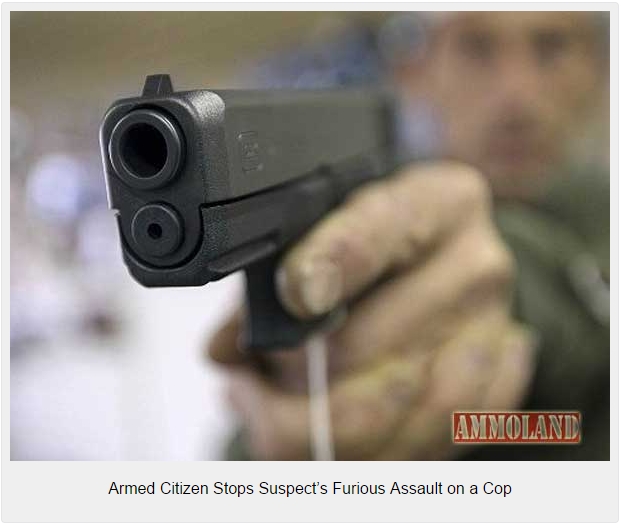 On Tuesday, an armed citizen drew his gun and intervened to save an Oklahoma City police officer who gotten separated from his fellow officer during a foot chase and was allegedly being savagely beaten by a burglary suspect.

The incident happened at approximately 2 pm.

Eller was able to corner Williams in a driveway, only to have Williams allegedly fight instead of comply with arrest orders. During the fight Williams “was able to take Eller’s police baton and then proceeded to strike him over the head somewhere between six and 12 times.”


As the fight continued an armed citizen approached the two with his gun drawn. He told the suspect he was going to shoot if he did not stop hitting the officer. Williams complied.

Williams was taken into custody and booked into jail. Officer Eller was rushed “to OU Medical Center with serious injuries, but was released on Wednesday and is expected to make a full recovery.”

The name of the citizen who intervened to save the officer has not been released.


Previous GRAPHIC TEXT: Here are the SEXTING Chats The Missouri House Speaker was Sending To a 19 year Old Intern!