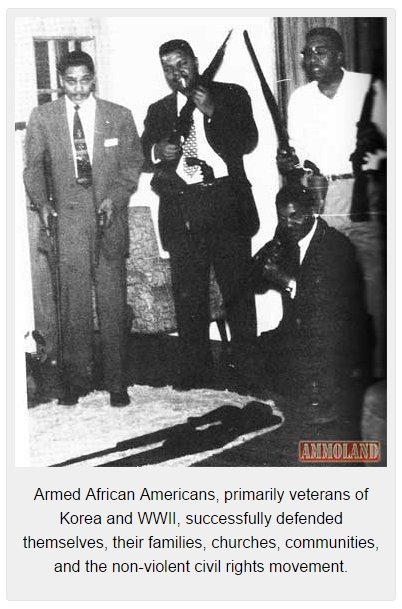 Humans are complicated and confusing creatures.

One of the most confusing examples of this is when a minority that has suffered oppression and abuse advocates for policies that enable that abuse and remove options for protecting against future abuse.

The right to arms has long been recognized as a core distinction between a citizen and a subject, a free man and a slave.

Virtually all gun control laws in the U.S. prior to the 1970s were aimed primarily at Blacks, first in fear of slave rebellions, then in fear of retribution from freed slaves, then in fear of “Black crime.” California’s ban on open carry of long guns was a direct result of members of the Black Panther Party legally carrying guns out on the streets and actually into the State Capitol. The Ku Klux Klan, which was a recognized political force in the 1920s and ‘30s, helped pass gun control laws in several states as a way of keeping Blacks defenseless.


Many of those laws remain on the books today, including in North Carolina where a bill to repeal a Jim Crow-era Purchase Permit law fell to heavy-handed political maneuvering this year.

For decades African Americans struggled for the unencumbered right to arms. It was one of the core liberties identified in the early days of the civil rights movement, and was one of the central objectives of the NAACP. The Reverend Dr. Martin Luther King, Jr. preached pacifism and non-violence as a tactic for advancing the cause of equality, but he did so surrounded by armed men prepared to defend him and his followers. The Deacons for Defense and Justice not only guarded Black leaders, Black churches, and Black neighborhoods, they represented an ominous shadow in the background behind Dr. King. Though they maintained a strictly defensive posture, many political leaders new about the Deacons, and they feared what would happen if the civil rights movement ever shifted from Dr. king’s doctrine of non-violence to the Deacons’ philosophy of armed resistance.

That possibility began to rear its head in the late 1960’s with the growth of the more militant Black Panther Party for Self-Defense. Initially focused on police brutality against Blacks, and a high incidence of police shooting of Black suspects, the Black Panther Party’s primary activity was openly armed patrols through Black neighborhoods to “police the police.” Many credit the activity with reducing racially biased police activities, and crime in general, but soon the hostility between members of the Black Panther Party and police boiled over into active warfare. The FBI engaged in a campaign to undermine the group, and their militant socialist and separatist philosophy fueled the public’s fear, contributing to new firearms and carry restrictions in several states, and passage of the Gun Control Act of 1968. 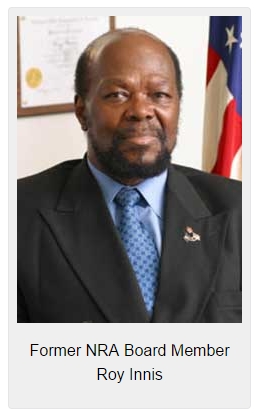 And it wasn’t just White folks who were frightened. During that same period, the ‘right to arms plank’ began disappearing from the platforms of civil rights organizations. Younger, more politically ambitious leaders like Jesse Jackson stopped talking about securing the right to arms for Black citizens, and instead became outspoken proponents of restricting firearms as a means of reducing the problem of “Black-on-Black” crime in urban areas.

Of all of the major groups of the time, only CORE, the Congress of Racial Equality, led by Roy Innis of Harlem, maintained support for Second Amendment rights. Mr. Innis lost two sons to street violence and has strongly advocated for the right to self-defense.

He has served for many years on the Board of Directors of the NRA.

So with America’s gun control laws founded in racism, African American communities roiling over racially-motivated police brutality and unjustified shootings of blacks, inner-city crime back on the rise, and a heinous, racially-motivated attack on a Bible study group in Charleston…

the response from Black leaders and America’s first Black president, is a call for more restrictions on firearms.

As Dr. Phil might say, “How’s that been working for you so far?”

Why on earth would a group of people who feel they are being oppressed and targeted by government agents – not to mention hate groups and street criminals – advocate for only government agents (and criminals) being armed? It makes no rational sense.

Yet African Americans aren’t the only oppressed minority that has taken this tack.

American Jews, whose families were slaughtered in the Holocaust after being disarmed by Hitler in the years leading up to the war, have long been in the vanguard of citizen disarmament movement.

Like Roy Innis and CORE, there are exceptions to the disarmament philosophy among Jewish groups, the most prominent being Jews for the Preservation of Firearm Ownership, or JPFO. Unlike CORE, JPFO’s only mission is opposition to firearm restrictions, and they pull no punches in their efforts. Among their signature achievements are a series of award-winning documentaries on the roots and results of gun control laws, including “Innocents Betrayed, No Guns for Jews,” (video below) and No Guns for Negroes, which are available for viewing on YouTube or DVDs can be purchased at JPFO.org.

A generation or two ago African Americans were risking their lives to acquire guns to defend their families and communities from night-riders and corrupt sheriffs. Today as their grandchildren face similar threats and predation, instead of empowering their communities with the means for self-defense, they are advocating that only the police (and criminals) be armed.

Again raising the question – how’s that working for you so far?