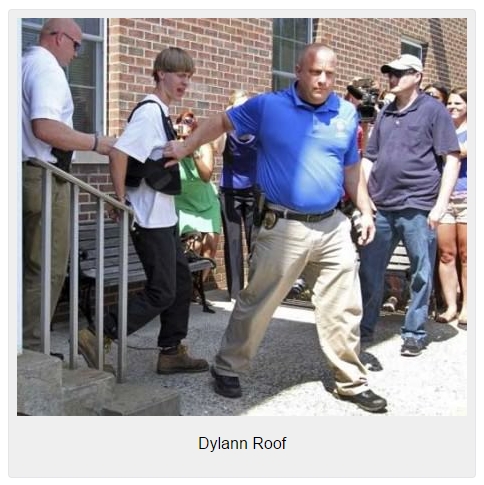 The New York Times excused this “mistake,” positing instead that Roof passed the background check because of a system “flaw.”

The best case scenario for gun control proponents would have been that Roof did not even bother with a background check; that he instead bought the firearm at a gun show or from a crazy friend or that, as many gun control advocates posited immediately after the shooting, he was given the gun by his father. But the reality is that Roof bought the gun by passing the same background check that Gabby Giffords’ attacker passed, which is the same check that Santa Barbara gunman Elliot Rodger and Aurora theater shooting suspect James Holmes passed. It is the same background check that 2009 Fort Hood gunman Nidal Hasan and 2014 Fort Hood gunman Ivan Lopez passed.

Consider the fact that Director Comey was very clear when he said the FBI reviewer conducting the background check looked into files for the wrong police department: the reviewer examined Lexington County, SC Sheriff’s Department records rather than Columbia Police Department records. In Lexington County, Roof had a pending drug charge that was not sufficient to bar gun ownership or possession; in the Columbia Police records, he had a felony charge that would have barred him from purchasing a gun as soon as the reviewer saw it.

Comey said the failure to look at the right police records “was the primary error in a series of failures that allowed Roof to acquire the weapon used in the attack.” Comey acknowledged the “mistake,” saying it was made in “a matter of heartbreaking importance.”

Now, here is how the NYT reported it.

The man accused of killing nine people in a historically black church in South Carolina last month should not have been able to buy the gun he used in the attack, the FBI said Friday, in what was the latest acknowledgment of flaws in the national background check system.

…the F.B.I. failed to gain access to a police report in which he admitted to having been in possession of a controlled substance, which would have disqualified him from purchasing the weapon. The F.B.I. said that confusion about where the arrest had occurred had prevented it from acquiring the arrest record in a timely fashion.

The NYT report makes is sound like the FBI was hindered by a “flaw” in the background check system instead of the “mistake” described by Comey.


Ironically, the “flaw” claim then provides the perfect opportunity for the NYT to suggest more changes to background checks–which they do implicitly with their final paragraph, by suggesting a time background checks needed improvement in the past:

After a 2007 shooting in which 33 people died at Virginia Tech University, investigators discovered that the gunman, Seung-Hui Cho, also should not have been able to buy a gun because a court had previously declared him to be a danger to himself. The shooting led to legislation aimed at improving the background check system.

Previous A Legacy of Cliches

Next The Future of Policing in the USA?