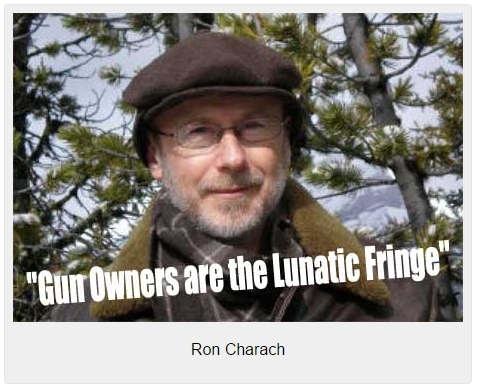 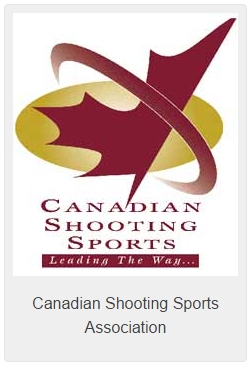 In his ongoing zeal to blame licensed gun owners for the crimes of deranged murderers (this time it’s cop killer Norman Raddatz), writer and “mental health expert” Ron Charach (Life Saver | Calgary Herald | June 13, 2015) opens his argument that the gun registry was useful because it “saved lives and could help track down where illegal gun owners, James Roszko … or Michael Zehaf Bibeau … got their guns.”

Tracking down where James Roszko or Michael Zehaf Bibeau got the guns they used to kill four police officers and a soldier, is not saving lives.

It’s police investigations after the bodies are long cold. It may make us feel better knowing where the guns came from, but it does not prevent a single murder, should a registry actually contain any information about the murder weapon.

As for the killers themselves, they are almost never in the system for one obvious (yet ignored) reason. They’re criminals. They cannot obtain a firearms license and they cannot register illegal guns. A gun registry only tracks the law-abiding. It has absolutely no effect on criminals or terrorists like James Roszko or Michael Zehaf Bibeau.

Ron Charach, MD, is well aware of these facts, but he intentionally ignores them because they reveal the fundamental lie of his argument.

Charach’s continued cry that the gun registry saved lives rings hollow since neither he nor anyone else can offer a shred of proof that the gun registry ever saved a single life. We can, however, establish that Canada’s gun laws have cost lives, but those are facts that Dr. Charach absolutely refuses to discuss.

Of course he doesn’t because the good doctor loves his car. It’s just guns that he hates.

Finally, he claims no one should be allowed to keep semi-automatic or fully-automatic firearms in their “city homes.” So for reasons unexplained by the good doctor, those of us living outside cities are deemed safe? It’s only city dwellers that cannot be trusted with their firearms?

Ron Charach, in Norman Raddatz case, does what he does every time a murderer kills someone with a gun. He lays the blame squarely at the feet of millions of Canadians, Canada’s licensed firearms owners, honest and decent Canadians … all while calling us “the lunatic fringe” of Canadian society.

It appears letter-writer Ron Charach means to imply “scofflaws” and “gun owners” are one and the same. From there it is an easy leap of faith to the conclusion recent killings by “distraught bitter men” are the fault of bills C-19 and C-42. But these new laws merely eliminate a legal maze, meant not to make us safer, but to appease those who are comforted by the illusion of safety they create. Hence, the purpose of his letter. He is still bemoaning the loss of the long-gun registry, a costly, foolish bureaucracy whose unintended consequence was to protect real criminals by enmeshing innocent people in a web of useless restrictions. It continues to escape people like him that the major shooting outrages in Canada were mostly perpetrated by those who illegally acquired restricted firearms — which the registry was unable to prevent.

Letter-writer Ron Charach’s reference to “scofflaw gun owners” is confusing. From the context, I can only believe he refers to law-abiding “scofflaws,” as opposed to criminal ones. I believe statistics will show firearm owners are among the most law-abiding segments of the Canadian population, possibly because they are held to a different standard in matters of evidence and due process, which are denied them by mere possession of a licence. Regarding bills C-19 and C-42, unicorns will have a higher impact on public safety in the coming months than “scofflaw gun owners.”

Letter-writer Ron Charach’s assertion the murder and suicide rate will rise with the alleged laxity of semi-automatic weapons is utter poppycock. Believe me, as a former cop, no amount of regulations will have any impact on these crimes. People will commit them no matter what. Charach also does a great disservice to the vast majority of gun owners who are most responsible and law-abiding.

About:
The CSSA is the voice of the sport shooter and firearms enthusiast in Canada. Our national membership supports and promotes Canada’s firearms heritage, traditional target shooting competition, modern action shooting sports, hunting, and archery. We support and sponsor competitions and youth programs that promote these Canadian heritage activities. Website www.cdnshootingsports.org