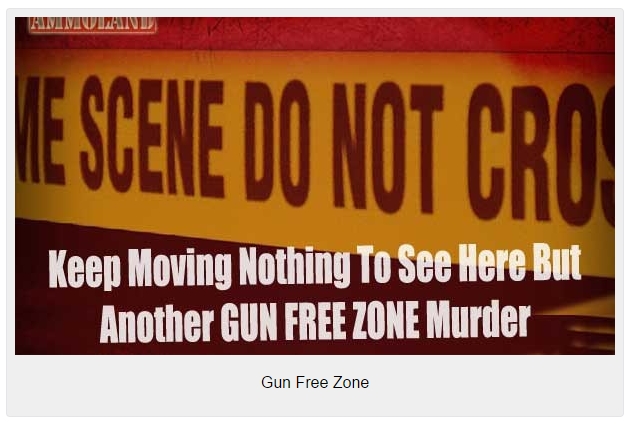 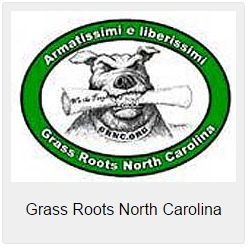 Thinking people have long known that gun free zones are not a good idea.

Not only do they prevent law-abiding citizens from protecting themselves when faced by a deadly attacker, but they advertise to criminals that the premises are clear of danger to them and their criminal deeds.

Small wonder that so many heinous crimes are committed in gun free zones.

You may recall last year’s armed robbery of the Durham restaurant The Pit, in which brazen criminals wantonly ignored the “no guns” signs that owner Greg Hatem so proudly displayed at the entrance.

Is Hatem proud of the fact that his employees’ only option was to submit to the demands of these felons?

Last week another gun free zone was the site of another shooting. This time it was at the Rock House Tavern in Gastonia, and the shooting was (not surprisingly) between felons Corrie Odems and Christopher Brazil, neither of whom cared a whit that the owners of the Rock House Tavern had proudly posted against the carrying of weapons, presumably to ward off dangerous crime. And once again, law-abiding patrons – who would otherwise have been within their rights to protect their family from such deadly attacks – were left to fend for themselves with forks, spoons and dinner plates.


Keep in mind that when concealed carry was passed 20 years ago, there were cries from our detractors about “blood in the streets,” despite the corresponding drop in violent crime. When restaurant carry was passed in 2013, there were similar cries of “blood in the streets.” As has always been the case, and as will always be the case, the only bloodshed is perpetrated by felons that wantonly disregard “no guns” signs.

It’s time to remind these restauranteurs that lawfully armed citizens should not only be allowed in their restaurants, but should be warmly welcomed.

The knowledge that patrons are armed and ready to protect themselves from felonious attack needs to be made clear to would-be criminals.

About: Grass Roots North Carolina is an all-volunteer organization dedicated to preserving the freedoms guaranteed us by the Bill of Rights. Our main focus is the right to keep and bear arms. GRNC was central to drafting and passing North Carolina’s concealed handgun law and since that time has continued to push for improvements to gun laws. Visit: www.grnc.org

Previous Carly Fiorina Tells It Like It Is On Immigration, Trump And Liberal Media