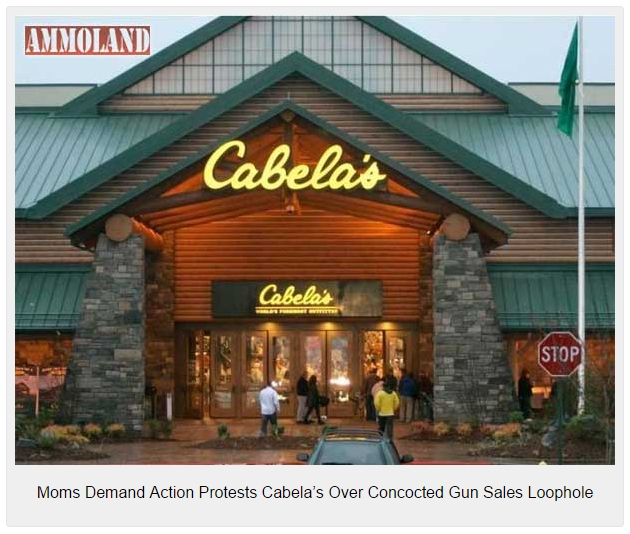 On July 13 2015, Michael Bloomberg-funded Moms Demand Action for Gun Sense in America launched another shame campaign like others they ran against Starbucks, Staples, and Kroger.

This time, however, the target is Cabela’s, and the goal of the campaign is to pressure the Nebraska-based retailer into refusing to hand over guns to customers if an extended, three-day, FBI-run background check does not uncover a reason for the sale not to happen.

In other words, if an instant background check comes back with “delay”, which gives the FBI three more days to conduct the check, and nothing incriminating is discovered even during those three days, Moms Demand Action wants Cabela’s to refuse to sell the gun.


Moms Demand Action tries to justify this push by pointing to Dylann Roof’s passage of a background check; a background check that was extended three business days as the FBI searched for criminal history documents on Roof. Although the FBI admitted that they made a “mistake” during Roof’s check, Moms Demand Action is representing it as a “loophole” that needs to be closed and is calling on Cabela’s to take it upon themselves to act right now.

Until Congress closes this loophole, it’s up to corporate America to do the right thing. Retailers have the right – and responsibility – to delay a gun sale until a background check is completed.

Here is the problem—there is no loophole. And asking Cabela’s to alter sales policies as if there were a loophole, is just a ruse covering attempts to push a new consumer/retailer relationship where citizens have to prove why they should be able to buy a gun rather than the government—or the retailer—proving why they should not.

Next The Case For Universal Concealed Handgun Reciprocity