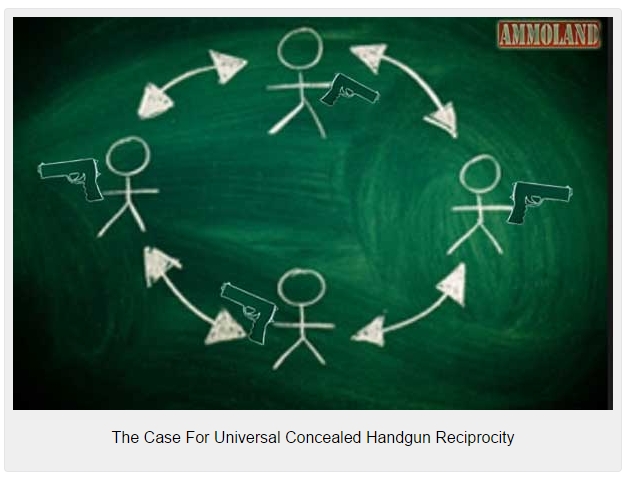 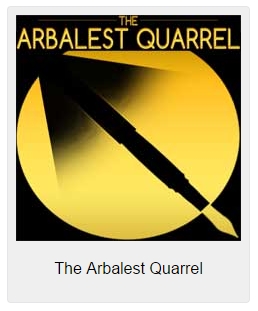 Survival is a basic instinct of every living organism. The impulse to survive is biological and absolute.

And, for man, the desire to survive is also a moral imperative. A threat to one’s survival activates the “fight or flight” response. If a person cannot reasonably flee from a threat to his or her survival, that person must, and will, and ought to fight for his or her survival.

And, if one must fight, no better protection exists than that provided by a firearm.

Many Americans were brought up with firearms. They were taught how to use a firearm properly and safely. They are comfortable with firearms.

Other Americans are not. And that is fine. Those people who do not feel comfortable possessing firearms need not do so.

Firearms’ owners do not impose their will on others. But, by the same token, those Americans who are not comfortable possessing firearms should not prevent other Americans who wish to possess firearms from doing so. 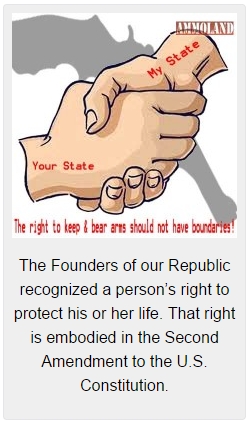 The Founders of our Republic recognized a person’s right to protect his or her life. That right is embodied in the Second Amendment to the U.S. Constitution. Since the right of the individual to keep and bear arms is a natural right, the Constitution does not create the right but simply exemplifies it. And, for those Americans who happen to doubt that the right to keep and bear arms is an individual right, the U.S. Supreme Court laid that doubt to rest with its decision in the 2008 Heller case.

The Court made clear that the right to keep and bear arms is an individual right, unconnected with service in a militia, to be used for traditional lawful purposes such as self-defense.

Now, since the Bill of Rights traditionally applied to the Federal Government, the question arose whether the Heller case also applies to the States. That question, too, was laid to rest in the 2010 McDonald case. The Supreme Court ruled that the individual right of self-defense applies to the States through the Fourteenth Amendment.

To overcome obstacles posed by myriad, inconsistent firearms’ laws, some State Legislatures have created a mechanism by which a resident, who holds a valid concealed handgun carry permit or license as issued in one State, may legally carry a handgun in another State without fear of arrest. This mechanism is known as “reciprocity.”

State “concealed handgun carry” reciprocity is not difficult to understand. It works much like State motor vehicle license reciprocity. 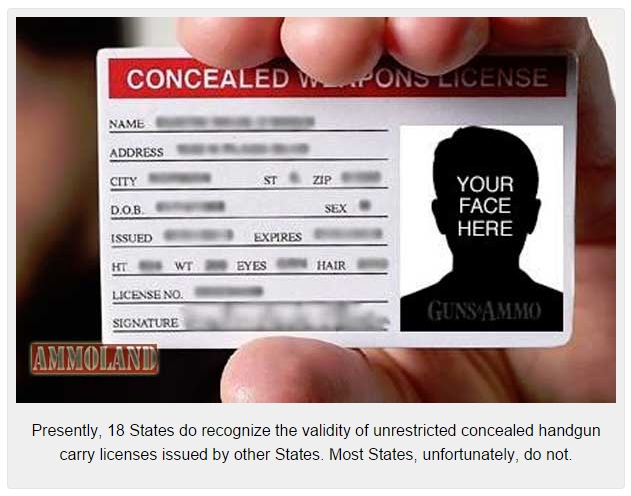 We do not, at present, see universal unrestricted concealed handgun license reciprocity because antigun legislatures in many States do not respect the Second Amendment. Those State legislatures deliberately place obstacles in their own resident citizen’s path to gun ownership and possession, and so, not surprisingly, they refuse to provide for reciprocity to non-residents.

Traveling across State lines, whether on business or for pleasure, should not create an either/or situation for an American citizen. But that, unfortunately, is what we see. The law-abiding American citizen must either forego the acquisition of a multiplicity of concealed handgun carry licenses thereby saving time, and money, and energy but at the cost of relinquishing the citizen’s right of self-defense; or that citizen must jump through hoops to first acquire and then constantly renew a plethora of concealed handgun carry licenses that serve best to protect his life, but at the cost of time, money, and energy necessary to acquire the licenses initially and then to retain them through time. Which one of these two options should he choose? Which one of these two options would you choose? Why should the law-abiding American citizen have to make a choice at all in view of the Second Amendment imperative?

Clearly, the law-abiding American citizen should not have to undergo a multitude of time-consuming, extraordinarily arduous, repetitious and invariably wasteful administrative processes in order to secure his or her safety through the best means available – namely that provided by a handgun.

Read the longer related article “A Road Trip With A Handgun: The Case For Universal State Reciprocity” here at Arbalest Quarrel : http://tiny.cc/ctup0x