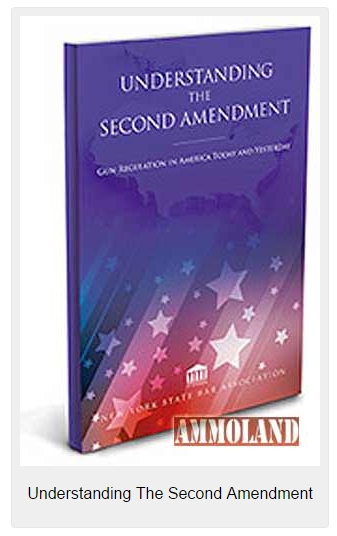 The New York State Bar Association has published a new book focusing on a single phrase in the U.S. Constitution that long has been a source of heated debate: “the right of the people to keep and bear arms.”

The book, Understanding the Second Amendment, Gun Regulation in America Today and Yesterday, examines the legal framework that governs ownership, possession and use of firearms in the United States.

Written by attorneys, the book is intended to be a factual resource for the public and policy makers.

In addition, it calls for nonpartisan scientific research into the causes of gun violence and intervention strategies. In recent years, Congress has restricted the ability of federal agencies to conduct research and share information about gun violence.


“Without statistical data about the causes and impacts of gun violence, this nation cannot make informed policy decisions that protect the rights of gun owners while keeping Americans safer,” Miranda said.

The book includes an analysis of current laws relating to gun ownership and a brief history of the Second Amendment. For readers seeking a broad overview on the topic, the book offers a special section, Plain English Summary of Second Amendment Law.

The 127-page book has its origins with the Task Force on Gun Violence created by then-State Bar President Seymour W. James in 2013 after several national tragedies involving firearms. The task force is chaired by David H. Tennant of Rochester and Earamichia Brown of New York City.

The 19 members of the task force, all lawyers, are a diverse group. Some members live in big cities, others in rural areas. Some identify themselves as gun owners, hunters, gun collectors and avid sportsmen. Some support greater restrictions on firearms.

“Gun violence has been likened to the rain coming down, and because it is so common it is easy to grow accustomed to it, to accept it,” said Task Force Chairs Tennant and Brown.

“This book is designed to bring the facts of gun violence into sharp relief while examining the Second Amendment and cases construing it, to provide everyone with a solid understanding of the issues and enable informed discussion.”

The book can be downloaded for FREE as an ebook at www.nysba.org/2ndamendment. Hard copies are available at $15 for members of the New York State Bar Association and $25 for non-members.

State Bar President Miranda discusses the work of the Task Force on Gun Violence in a short video that can be viewed at www.nysba.org/videos.

The 74,000-member New York State Bar Association is the largest voluntary state bar association in the nation. It was founded in 1876.