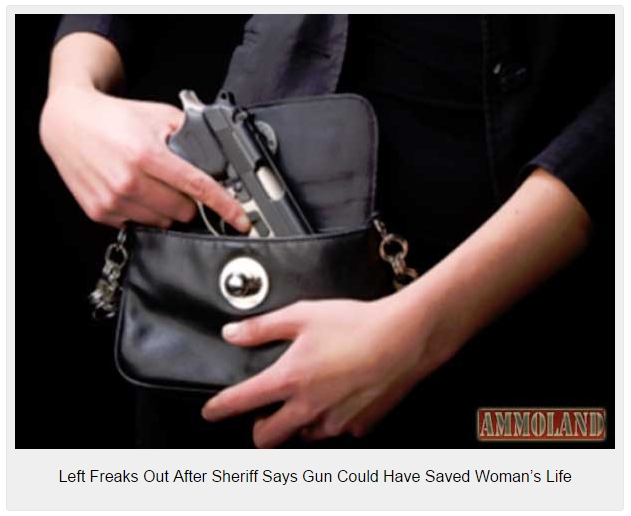 Following the August 9th beating death of an unarmed Louisiana woman at the hands of her estranged husband, Ascension Parish Sheriff Jeff Wiley pointed out that being armed with a gun can save lives, and he “urged women to get concealed-weapons permits.”

The left quickly freaked out that Wiley was suggesting women obtain firearms for self-defense.

According to The Times-Picayune, 45-year-old Monica Johnson was brutally beaten to death with a baseball bat after her estranged husband allegedly broke into the home, grabbed the bat, and began bludgeoning her. Police found her body in her own backyard around 11 p.m.

Her estranged husband, David Johnson, Sr., was arrested about two hours later and charged with her murder.

Sheriff Wiley responded to the ghastly scene by urging women to arm themselves. According to The Trace, Wiley said, “When you’re in a situation like this, shoot him in your backyard before he gets in your house. Drop him. Take the extremes necessary to live a life where you don’t have to worry about your kids and your life.”

The left quickly argued against arming women in Johnson’s position.

I don’t think we’re ever going to eliminate domestic violence homicide, and we’re never going to be able to eliminate the need for women to defend themselves. But there’s an overwhelming pile of evidence that says that a woman who wields a gun against her abuser is much more likely to have her own weapon used against her.

Think about it: Monica Johnson was unarmed and died a cruel death, yet Meeks’ response to suggestions that women in her situation get a gun for self-defense is that it could put their lives in danger. Seriously? ( Related Read : All I Can Say to Anti-Gun Liberals is ‘Yeah Right : http://tiny.cc/uc951x )

And to be sure all the bases are covered, Meeks even pointed out that women who successfully defend their lives with a gun may face charges if self-defense cannot be proven. She attempted to make this argument by pointing to an anomaly in Florida where a woman was charged after firing a warning shot before firing a warning shot was legal in that state.

Sheriff Wiley saw firsthand what happens when an unarmed woman faces a raging estranged husband who is holding a baseball bat, so he “urged” women to arm themselves for self-defense. Meeks responded by rattling off statistics from a gun control study to suggest being armed may have put Johnson’s life in danger, all the while ignoring the fact that Johnson was killed while unarmed.

Not satisfied with this argument, Meeks goes further to try to persuade women that successful defensive gun use may not even be worth it.

Next Ann Coulter Hates The Only Woman In The Republican Field, Fiorina, With "The Hot Hot Hate Of 1000 Suns" - WHY?