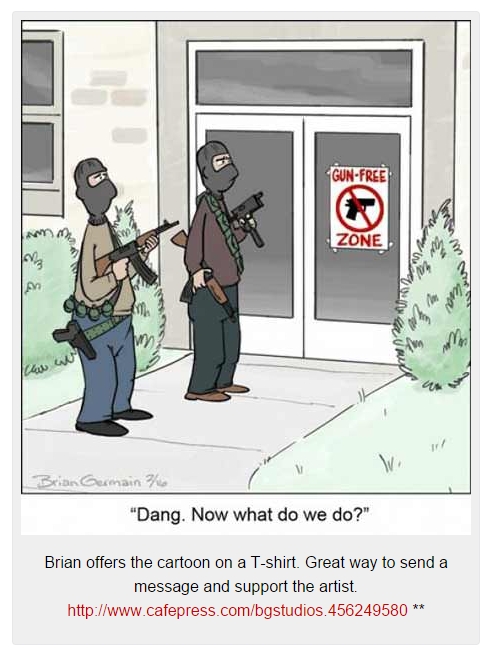 Gun control advocates are fond of the word “loophole,” and if you ask them, they will tell you that U.S. gun laws are full of them.

What they mean by a “loophole” appears to be anything in a law that doesn’t completely prohibit access to, or possession of firearms, including intentionally included limits on a law’s reach.

When the Brady Background Check law was passed in the early ‘90s, it was specifically intended to apply only to the transactions of federally licensed dealers, not private individuals. It didn’t take long for the Brady Bunch and their friends to start declaring the limits on the law to be a “loophole” because it didn’t apply to firearms transfers between private parties.

When the “Assault Weapon Ban” was passed in 1994, it forbade sale and import of firearms with certain specific features. Gun makers almost immediately shifted their designs to exclude those restricted features, and again, the hoplophobes, with their irrational fear of firearms, declared these modifications to be a “loophole” in the law.

One of the contentious issues in the negotiations for the Brady Law was the question of delays. The NRA, which participated in the framing of the Brady Law – against the wishes of more hardline rights organizations like The Firearms Coalition – advanced the idea of an “instant check” that could be accomplished in a few minutes, or even a few days, but they insisted that the process had to have a set limit on the time that a buyer could be left hanging – otherwise, all lawful purchases could feasibly be blocked simply by instituting a perpetual “Delay” condition on everyone. The final compromise was a three-day deadline.


If the FBI couldn’t find proof that a person was prohibited to possess a firearm within three business days, the hold would be lifted and the sale would be allowed to proceed.

Now the Bradys and the groups associated with former New York Mayor Mike Bloomberg, are calling this deadline a loophole.

Their case is based on the fact that the racist murderer of 9 people at Emanuel Church in Charleston made a purchase through a dealer that should probably have been denied because he had a previous conviction for drug possession. The FBI saw a blemish on the record of the murderer-to-be, but were unable to definitively determine that he was a prohibited person within the three-day limit. In accordance with the law, after the three days had passed with no denial notice from the FBI, the dealer went ahead with the sale.

What the gun control proponents fail to mention is the fact that the guy didn’t attack the churchgoers until several months later. That left plenty of time for the FBI to find the disqualifying record and notify local authorities to seize the gun and arrest the would-be killer for unlawful possession of a firearm. They didn’t do that, and even though there were concerns among friends and family members that he might use the gun to harm someone, to the point that twice people hid the gun from him. Despite those concerns, neither his friends and family, nor the system were able to prevent the tragedy.


The real loophole lesson to be learned from this shooting and so many other rampage shootings in recent history, is the “Gun Free Zone” loophole.

Most of these mass murderers purchased their guns from licensed dealers and went through background checks. The Sandy Hook murderer is the only recent, high-profile exception to that rule. In his case, his mother had passed some of the strictest hurdles in the country in order to possess the guns he used in his murder spree. She ended up as his first victim, murdered by her own son as he stole her guns to go kill helpless children and defenseless teachers in a “Gun Free Zone.”

The loophole that all of these murderers exploited was the “Gun Free Zone” loophole. This loophole is big enough to drive a car through, as the Chattanooga murderer demonstrated. As I reported previously, the Chattanooga murderer was slowed, and possibly stopped, by armed service members who had themselves decided to take advantage of the “Gun Free Zone” loophole, and have their personal firearms available.

Gun control laws don’t work. They are expensive, counterproductive. They waste law enforcement resources, and create a false sense of security. On top of that, they disarm the people who shouldn’t be disarmed, and create a safe working environment for the people the laws are supposed to be aimed at. But to the hoplophobes, the failure of their laws to prevent tragedies and save lives is always proof only of the need for more laws. Loopholes are their stock in trade, because when their previous panacea fails, they always have a more restrictive proposal to “close the loophole” waiting in the wings.

Instead of expanding background checks or giving bureaucrats the power to stop all commercial gun sales with perpetual delays, let’s close the real problem loophole, the “Gun Free Zone” loophole. Tell your members of congress and state legislators to repeal “Gun Free Zone” laws, and let businesses that post “No Guns” know that you won’t be doing business with them as long as the “No Guns” sign stays up.
A sign is no protection. This is a loophole that needs to be closed.