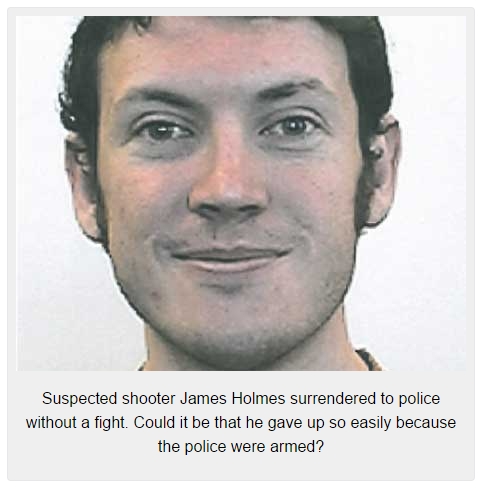 James Holmes, the coward who shot and killed 12 unarmed people in an Aurora, Colorado movie theater, received a life prison sentence by a jury of his peers earlier this month.

Will this send a strong enough message to future shooters in gun free zones where they know they will be the only one carrying a gun? Hardly. But there is an effective deterrent to keep dirt bags for murdering.

And it’s called the death penalty. Not the kind following many years of long drawn out sequence of trials and appeals, but the instant, on the spot, death penalty as in return fire of lead bullets to the head and the torso of dirt bags who execute such evil acts.

Please contact your elected representatives asking them to ban gun-free zones for the protection of us all. And forward a link of this video to friends, family and co-workers.


For further information on your Second Amendment rights to carry firearms, or to receive updates on gun-related issues, contact: www.GunOwners.org

Next Michael Tumminelli (and family), Next Victim Number…?